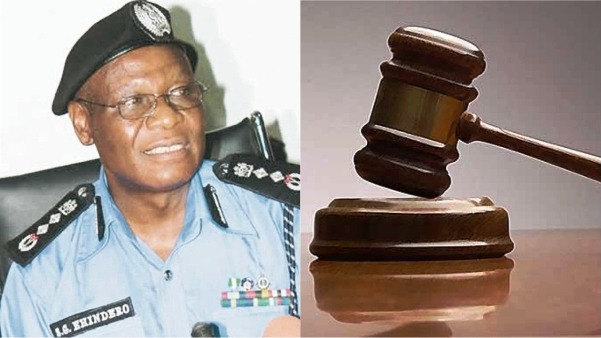 The Independent Corrupt Practices and other related offences Commission (ICPC) has alleged that a former Inspector-General of Police, Sunday Ehindero, fraudulently received interest on the Nigeria Police fund lodged in a fixed deposit account with a bank.

In a released signed by the commission’s spokesperson, Rasheedat Okoduwa, the ICPC said the allegation was contained in a statement made by a banker, Aibangbe Maifuwa, to a Federal Capital Territory High Court 7, sitting in Apo, Abuja.

ICPC said, “The banker, Mr Aibangbe Maifuwa, a Business Development Manager with WEMA Bank Plc, who testified before Justice S. C. Oriji, in a case brought against Ehindero by the ICPC, said the money which was N10.3m was part of proceeds from N300m police fund he allegedly kept in a fixed deposit account with the bank.

“The banker, who was led in evidence by the ICPC’s lawyer, Zainab Nass, told the court that the retired police boss had fixed the money at a 10 per cent interest rate per annum, between July 11, 2006 and January 19, 2007.

“In his response to questions put to him during cross-examination by Ehindero’s lawyer, K. O. Omolola, the banker said the former IGP had written to the bank requesting that the accrued interest on the N300m fixed deposit, amounting to the sum of N10, 364,283.77, be paid to him in cash, while the principal sum be paid through a WEMA bank cheque in his favour.”

ICPC said the retired IGP and a former Commissioner of Police in charge of budget at the Police Force Headquarters, Mr John Obaniyi, who were present in the court, were being charged with multiple counts bordering on mismanagement of police funds and abuse of office.

It added that the case had been adjourned to May 13, 2019 for continuation of hearing.