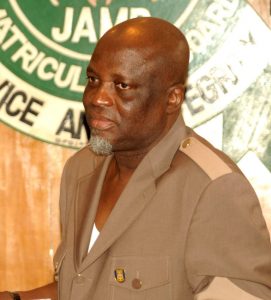 Heads are set to roll across the country as the Joint Admissions and Matriculation Board has launched a probe into the credentials of applicants dating back to 2009.

This implies that persons who cheated the system to pass the Unified Tertiary Matriculation Examination to get into school and may have even graduated and participated in the National Youth Service Corps will be arrested and their certificates withdrawn.

The Head, Media and Information of JAMB, Fabian Benjamin, said this during an interview with The PUNCH on Monday.

Benjamin said the probe had begun and it would be completed in record time as JAMB had acquired software which would be able to identify fake biometric data.

Speaking in a separate interview on 95.1 Nigeria Info FM Abuja, the JAMB spokesman said, a�?We want to do what we call biometric verification dating 10 years back. Even if you are now working and we discovered that someone wrote exams for you, we will publish your name and the law agencies will do the needful.

a�?We have the biometric data from 10 years ago. We will compare the photos with thumbprints and names. We discovered that a candidate could have taken exams with 30 different names.a�?

Explaining how impersonation takes place, Benjamin added, a�?This is how they operate: My name is Fabian Benjamin but I will register as Abdullahi Musa and do exams for Abdullahi Musa but I will use my picture and my biometric data; only the name will be different.

a�?I will register as John David, as Austin Steven. I will register in the name of anyone that pays me, do exams for that person but I will use my picture. What this means is that when I get into the hall, the biometric data verification will allow me to enter but I will do the exam for someone else.

Speaking with our correspondent during a separate interview, the JAMB spokesman said it had become important to expose exam cheats to serve as a deterrent to others.

He said the photos of those found culpable would be published for all to see even if they were now working class persons.

Benjamin said, a�?If you graduated from university and you did not take UTME, it means the foundation is faulty and the building cannot stand. We have already started the probe but we will go deeper after the exams.

a�?It will not take too long. We are using software, so it will just check the biometric data of candidates and if the biometric data of someone shows about six different names, then it will notify us. So, if one person’s photo brings up different names and we have spotted this, we will find out where the person is and then we will pick them up.a�?

He said the agency had been able to arrest over 100 persons nationwide for malpractices in the ongoing examinations.

Benjamin said JAMB had written a letter to the Attorney-General of the Federation for advice on prosecution.

a�?Even if they are not punished, let the public know that Mr A who is a doctor became so after someone did exams for him. That shame alone will serve as a deterrent to others. We must start from 10 years ago so that others will learn,a�? he said. a��100 UTME candidates arrested over malpractices

Olaleye Aluko, Abuja
The Joint Admissions and Matriculation Board has said that no fewer than 100 candidates of the just concluded Unified Tertiary Matriculation Examination were arrested nationwide by security operatives for various examination malpractices.

The board confirmed the arrest in a bulletin released on Monday, noting that the crimes ranged from multiple registrations, ghost writing to impersonation.

It said, a�?No fewer than 100 candidates have been picked up by security agencies nationwide as part of efforts to sanitise the examination process. Among those arrested was a candidate who registered 64 times in a bid to take the examination for 64 candidates, since the examination ran for seven days and had an average of three shifts per day per centre.

a�?The arrests of the culprits were made possible by the compulsory identity checks conducted on the candidates, with a view to fishing out professional ghost writers.a�?

According to the bulletin, the JAMB Registrar, Prof Is-haq Oloyede, stated that no act of examination malpractices would be condoned, as the board had engaged a�?cutting edge technology to capture all activities taking place in the Computer-Based Test centres.a�?

Oloyede added that there was a criminal gang from Edo, Lagos, Ogun, Osun, Abia, Anambra and Plateau states who circulated fake UTME result notices, urging parents to disregard such falsehood.

The registrar said, a�?A gang being coordinated from a town, Igarra in Edo State, with affiliates in Lagos, Ogun, Osun, Abia, Anambra and Plateau states, is circulating fake notice of impending reduction of UTME scores. This is with intent to extort and defraud fraudulent parents and candidates.

a�?Candidates’ results would be received on their registered cell phones as soon as the ongoing scrutiny of the examination centres is completed and publicly announced.a�?

The board insisted that whenever the UTME results were released, candidates would be able to check their results from their mobile phones, by sending a code to 55019.

a�?All that a candidate who wishes to check his or her results needs to do is to text to 55019 using the same phone number that was used for registration and his or her result would be returned as a text message,a�? the bulletin said.