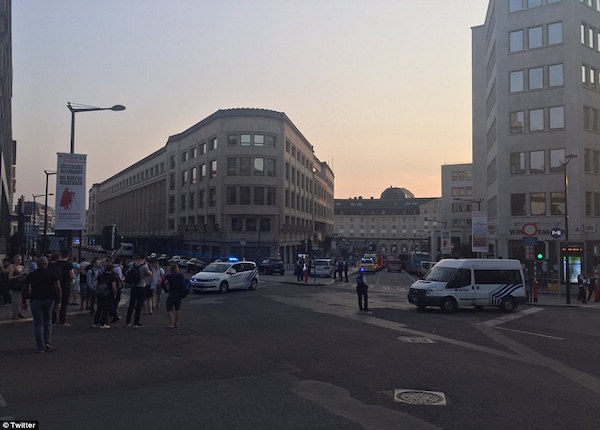 Belgian troops shot a suspected suicide bomber in Brussels Central Station on Tuesday, officials said, adding that there were no other casualties and the situation was under control after people were evacuated.

A Reuters correspondent at the scene a little over an hour after the incident – in which the man detonated a small explosion – said the area was quiet, with police manning a cordon and a few bystanders calmly watching security forces at work.

Local media quoted officials offering somewhat differing accounts of what happened. A police spokesman said it was still unclear if the suspect had died, after other officials had described him as having been killed.

A public prosecutor, quoted by DH newspaper, said they were investigating whether it was a terrorist incident in a city that has been on high alert since a Brussels-based Islamic State cell launched an attack that killed 130 people in Paris in November 2015 and four months later killed 32 people in their home city.

“An individual carrying a rucksack and an explosive belt in Central Station has been shot dead,” DH quoted the prosecutor as saying. “He seems to have set off his device when the soldiers started paying attention to him.”

Combat troops have been a fixture of major public buildings in Brussels since the Paris attacks.

The station and adjacent historic downtown area, including the baroque Grand Place city square, had been packed with tourists and locals on a hot summer evening before they were evacuated.

Het Laatste Nieuws tabloid newspaper quoted what it said were witnesses saying a man shouted “Allahu Akbar” in Arabic before a small explosion. Soldiers ran toward the spot, saw wires protruding from the man’s clothes, and shot him. That account could not be independently confirmed.

VRT public television said there had been a bomb on a luggage trolley, but cited no source.

The police spokesman said: “There was an incident at Central Station. There was an explosion around a person. That person was neutralised by the soldiers that were on the scene.

“At the moment, the police are in numbers at the station and everything is under control.”

Prime Minister Charles Michel and the interior minister were in the national crisis centre monitoring developments.