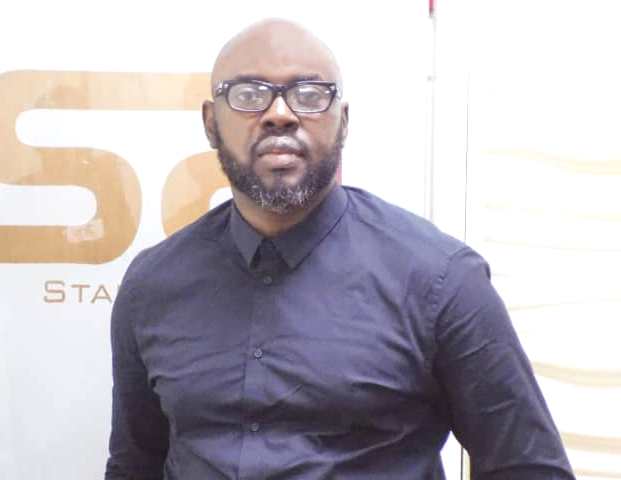 For long, the Nigerian polity has vitiated the aphorism that “youths are the leaders of tomorrow” by perpetually shifting the “tomorrow” of the youths. Even the Not-Too-Young-To-Run Act which seemed to ventilate the political space in favour of the young has equally been defeated by the exorbitant costs of our elections. Actualizing the leadership of the young in Nigeria, nay Africa, therefore requires determined young people or change agents who understand that “today was yesterday's tomorrow”! This is where Mr. Eze Igweogboffia, a positive change agent that is tired of the cycle of inept gerontocracy in Nigeria and who believes that the future is here comes into focus.

Eze Igweogboffia, the Alliance of New Nigeria, ANN, senatorial candidate for Ebonyi South district of Ebonyi State, was born to the family of Stanley-Iyk Igwe of the Igwe Ogboffia royal dynasty of Abomege in Onicha Local Government Area of Ebonyi State on 18th September, 1978. Eze grew up in Ngodo area of Afikpo. He attended Government Primary School, Afikpo from 1983-1988; and Government Secondary School Afikpo from 1989-1994. In 1996, Eze got admission to study Economics in Abia State University, Uturu. He graduated with a Second Class Upper Division BSc in 2000. He was later posted to Niger State for his mandatory NYSC service, but eventually redeployed to Lagos in search of better and bigger challenges. Eze later enrolled for and obtained an Executive Masters degree in Project Management from the Metropolitan School of Business and Management, London. He also holds numerous certifications and awards from different institutions and organizations.

Eze Igwe did his NYSC primary assignment in PBTG Consulting, a Management Consultancy firm, and was retained at the end of his service by the firm as an Investment/Financial Analyst in December 2002. He left PBTG in May 2003 for Diamond Bank PLC where he started off as a Teller and left as a Customer Service Manager in June 2008. He joined UBA PLC as a Branch Operations Manager and eventually rose to the position of Profit Centre Manager in less than a year. He left UBA in 2010 and joined Multichoice Africa where he served in various positions ranging from Dealer Support Manager, Dealer Audit Manager, Channels Development Manager, Digital Migration Project Manager to Corporate Sales Manager (Nigeria) with outstanding performances and results. He left Multichoice in April 2015 and joined IrokoTV as Head of Offline Sales and Marketing and spent just a few months before the long urge for Entrepreneurship took hold of him. The jobs at Multichoice Africa and IrokoTV saw him working in different African countries such as South Africa, Namibia, Kenya, Uganda and Ghana. Eze Igwe left IrokoTV in October 2015 and started Oraqleen Services, a household services company and eventually founded 3rdRetail Africa in April 2016, a technology driven trade and distribution services company. He is presently the Managing Partner of 3rdRetail Africa.

In Community Development and Civil Liberty Advocacy, Eze started off with Divine Love Charity Fund (DLCF) in 2002 in his NYSC days. In 2008, he started the Afikpo Elite Forum Lecture series. In 2012, he founded The Ebonyi Youth Enterprise (The EYE) to provide career counseling and job opportunities for young Ebonyians. In January 2016, he founded Ebonyi Transparency & Accountability Network (ETAN), a civil advocacy group of professionals from Ebonyi State with the objective of entrenching transparency and accountability in public office and insisting on good governance.

In 2017, Eze alongside a few professionals who were fed up with the dysfunctional Nigerian State, galvanized for the registration of Alliance for New Nigeria (ANN) as a political party. ANN is a technocrats-driven political party focused on birthing a new Nigeria that works for everybody especially the younger generations whose future has been endangered and mismanaged by poor and corrupt leadership over the years. He was the pioneer National Vice Chairman of ANN for the South East.

Today, Eze Igweogboffia popularly known as Oracle is the Senatorial Candidate for Ebonyi South Senatorial Zone on the platform of Alliance for New Nigeria (ANN). His passion for improving the educational standards of our country, ensuring the enabling environment for ease of doing business to create jobs for the younger generation and insisting on a generational shift in leadership is going to be actualized through this ambition. Eze's wealth and years of versatile professional experience has prepared him for disciplined corporate and result oriented leadership. Amongst the contenders for Ebonyi South senatorial seat, Eze stands out as the most morally, educationally, professionally, psychologically, mentally and physically sound candidate who is prepared to deliver bold and striking representation to the people of Ebonyi South Senatorial District. He has built his campaign and ambition around three pillars: Education Reform to create an ideas-driven generation of young people; Jobs creation through leveraging the capacity of his office to support job creation for the teeming unemployed young people of Ebonyi South Senatorial district; And most importantly to inspire a new generation of leaders through a well crafted Youth Leadership Development program that will be driven through his NGO, The Ebonyi Youth Enterprise (THE EYE). Eze plans to drive socially-impacting programmes in each Local Government Area of Ebonyi South district using a facility that houses a library, indoor games, an ICT co-creation hub and a skills acquisition faculty.

Versatile and vibrant Eze Igweogboffia personifies the positive youth constituency of our great country to the future belongs. The time now is “youth O' clock” because today was yesterday's tomorrow which we all agreed to hand leadership over to youths. For the people of Ebonyi South senatorial district, their future is here and they have no better option than to vote for their future.

12 thoughts on “Eze Igwe: The Future Of Ebonyi South Is Here”