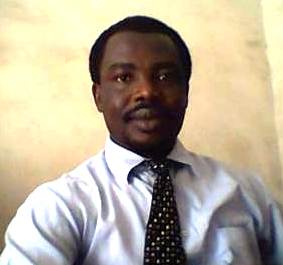 One Ayn Rand tells the world in Atlas Shrugged, saying that a�?a�?power-lusta�� is a weed that grows only in the vacant lots of an abandoned mind.a�?

Rand might not have the loquacious Imo State Governor Rochas Okorocha at heart, when that statement was made. But in earnest, the statement best captures what is happening in Imo today, where the once loved, respected, modeled, orator Rochas Okorocha has sullied his image because of a�?power-lusta�? in 2019, as if Imo State is a dramatic theater where fiction is entertained in the place of reality.

Okorocha prefers to be known for the much clatter he makes and controversial features he exhibits as governor rather than to be known as a statesman after his tenure, a trait that has shamed many people like this writer who loved Okorocha to a fault before and in 2007 he wanted to contest for the PDP chairmanship.

From his comments today, Okorocha still lives in the medieval feudalism. Imo State has become his land while the people, his labourers, who are bound to abide by his tyrannical overtures usually consisting arrogance and vulgarity.

Okorocha has shown much of his smuttiness to Senator Ifeanyi Araraume, given the interest the later has shown for the plume job of governor of Imo State come 2019.

While Araraume believes that the Imo electorate will deliver him, the talkative Okorocha believes Imo State is under dukedom where one family succeeds the duke after another.

What formed Okorochaa��s statement in February this year that he has told all the contestants to start consulting but he will not support Araraume shows that Okorocha is a a�?proud, arrogant, vindictive, greedy and narrow-minded or clannisha�? person, some words he had the umpteenth time indirectly used to qualify the person of Araraume.

It is evidence that why the governor is hitting his head on the wall against Araraumea��s aspiration is because he would not want Araraume to open the can of worms that he perhaps has canned as governor.

This is typified in the governora��s comment stating that he would not want, apart from Araraume, his immediate predecessor, Dr Ikedi Ohakim, re-elected. According to the ravenous Okorocha, a�?if Ohakim is re-elected, his mission would be for vengeance.a�?

It ought not to be in the hands of Okorocha to tell Ndi-Imo who they want to elect or re-elect as governor if he has nothing to fear after his tenure expires as governor in 2019. While Okorocha has said that he does not want the likes of Araraume, yet, while speaking with newsmen on February 5, he said that it was Imo people who should name a�?who his successor should be.a�?

In his words, a�?I want Imo people to name who they want as their governor in 2019, because I will not name any body, and that is why I have asked the aspirants to consult with the people; but, definitely, the likes of Araraume and Ohakim will not succeed me.a�?

However, few days latter that Okorocha made that comment like a man that cannot be trusted that he is, on February 12, at a meeting with members of the All Progressives Congress (APC) from Owerri Municipal Council Area, he named his Chief of Staff, Uche Nwosu, as his successor in 2019. Nwosu is also Okorochaa��s son-in-law.

Apart from choosing his son in-law to succeed him, Okorochaa��s affront on the Imo people that has shown he has failed before and on arriving 2019 was when he said that his choice for Nwosu was because of a�?the qualities of an ideal leadera�? that Nwosu has.

Okorocha who believes that his son in-law and him are the only people in Imo State that have leadership qualities, also has interest to run in the Imo West Senatorial District in 2019.

Well, given how richer Okorocha has become financially, many people from far think that Imo State population are wealthy. What they did not know is that Okorocha promised making Imo big, but the outcome is his a�?having it all to myselfa�� mentality he started showing as he became governor.

His new political trend to form a political dynasty is part and parcel of sheer greed which is no longer hidden in Okorochaa��s political charades. He is obsessed with power, money and greed. If not, why would he have made a choice of the son in-law to go for governor while himself, to senate. This is a case of making the world to believe that greed is good.

On the other hand, it is obvious that Araraume, no matter what it will take him or cost him, wants to say that Okorochaa��s judgment of 2019 is politically impaired by no other person but Araraume, because Okorocha has blinded Imo State with a�?power-lusta�? ambition.

The Stinking Gap Between Politics And People