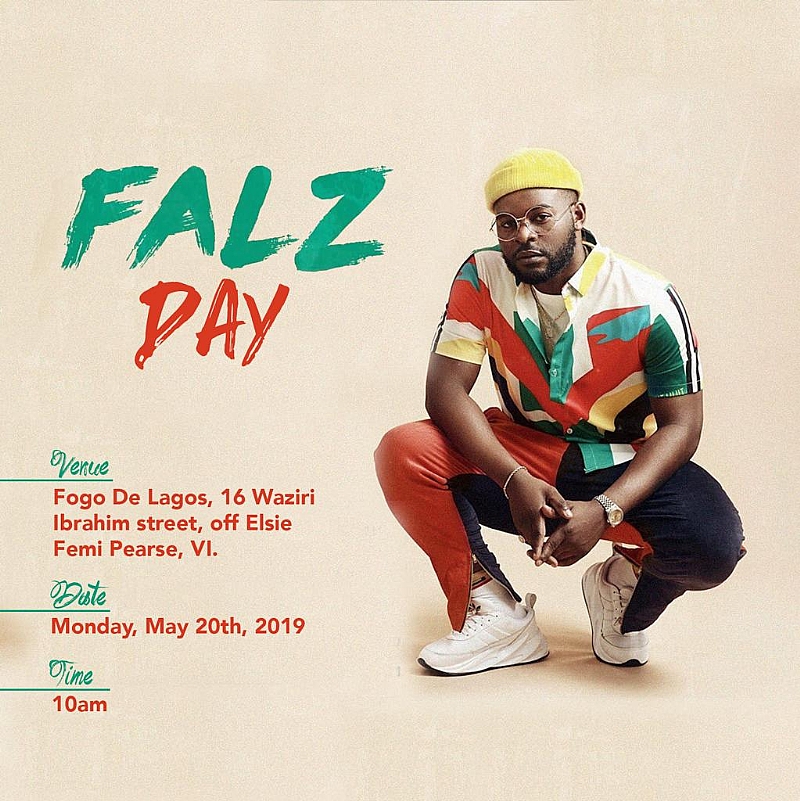 Multi-talented Nigerian artiste, Falz has announced the return of his headline concert, The Falz Experience.

Set to hold on June 8, 2019 at Eko Hotel and Suites, Lagos, the Falz Experience is a one of a kind musical theatre show that showcases the unique sides of Falz the Bahd Guy, but this time with a twist.

After setting the bar so high in 2017, Falz sat 2018 out but it would seem the rapper is now ready to deliver yet another spectacular show.

The award-winning musician also announced that he has a special surprise for the concert goers.

Early bird tickets for the show have sold out so one can expect that fans will definitely show up for the highly anticipated event in their numbers.