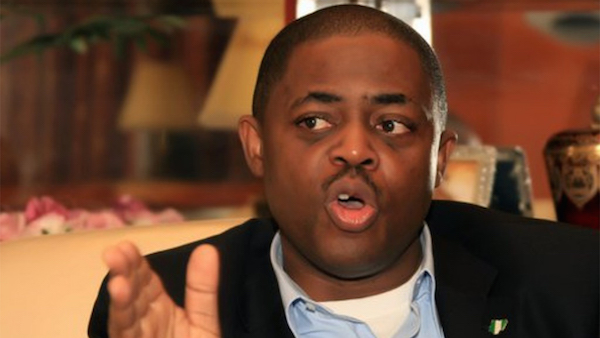 Youth For Change NG, an umbrella group of youths committed to enthroning decency in politics, has berated Mr Femi Fani-Kayode over his disparaging tweet against the Minister of Information and Culture, Alhaji Lai Mohammed.

In a statement issued in Lagos on Sunday, the group noted that Fani-Kayode, a former Minister of Aviation, has the penchant for being “uncouth, rude and crude” in public discourse.

The statement was signed by Mr Seun Bobade, national leader of the group.

It said that the tweet credited to Fani-Kayode when he was reacting to comments made by Mohammed, during a television programme, “is unbecoming of a man who is supposed to be a father figure to all youths.”

“We found Mr Fani-Kayode’s tweet extremely distasteful, very disgusting and unbecoming of a man who supposedly had good education.

“How can Mr Fani-Kayode censure the young ones, including his own children, if they become uncouth, rude and crude in public discourse when he himself has now made such distasteful disposition his trade mark,” the statement said.

The group noted that while it was inevitable that people in opposing camps in politics would disagree from time to time, such disagreement should not be “licence for anyone to pollute the air with crude and abusive language.

“In recent times, Mr Fani-Kayode, who touts his pedigree at every opportunity, has not lived up to his billing.

“If he is not fanning the embers of disunity with very incendiary statements, he is employing very nasty language even against those who are old enough to be his father.

“This is not encouraging to the youths and should stop forthwith,” Youth for Change NG said.

The group urged the former minister to stop his penchant for resorting to the use of base and abusive language in public discourse, saying “such behaviour has no place in the Nigeria of our dreams.”