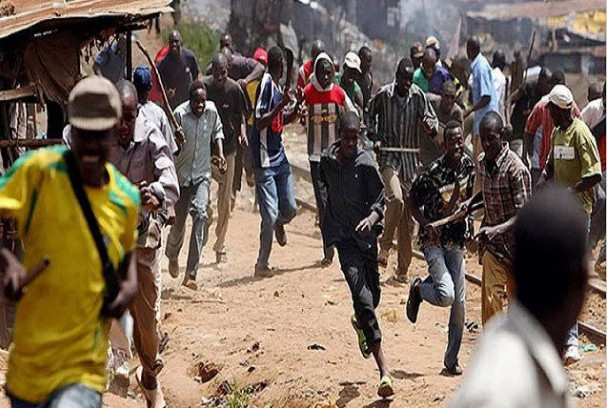 At least sixteen persons including, a herdsman were on Monday killed in a fresh clash at Omutu community, Benue state.

The Benue State police command confirmed the fresh outbreak of violence between farmers and herdsmen in the state saying it was a reprisal attack.

a�?We received information from the security adviser of Okpokwu local government that some irate youths from Omutu engaged some herdsmen in a fight, maiming some cows while two herdsmen were missing, said Benue Police spokesman, ASP, Moses Yamu.

He revealed that the victims were mostly women and children.

a�?A peace meeting was immediately convened by the Council Chairman and the head of Fulani community in the area while a police search party went in search of the two missing herdsmen, one of whom was found dead.a�?

President Buhari is set to visit Benue state for on the spot assessment of the various occurrences and to meet and console the communities affected in clashes between farmers and herdsmen, said a statement from the presidency Monday.