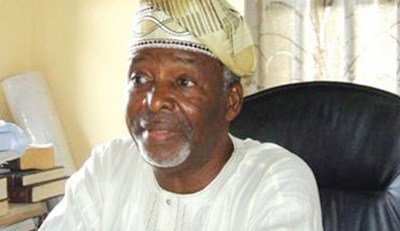 Oodua Peoples Congress, New Era has described the death of its founder, Dr Fredrick Faseun as a monumental loss to Yoruba people and Nigeria as a whole.

The group in a press release signed by its President, Comrade Razak Arogundade and made available to journalists expressed sadness over the death of Dr Faseun. “The death of Dr Fredrick Faseun is a monumental loss to Yoruba people and Nigeria as a whole. We have lost a rare gem, a great defender of Yoruba nation.

Speaking further Arogundade said that the vacuum created by the death of Faseun will be very hard for anybody to fill, because according to him the OPC founder lived an exemplary life, a life worthy of emulation.

together all factions of OPC.”
The group added that, it will not relent in its efforts of bringing all factions of OPC into one body; saying that by so doing, they would be carrying out the last wishes of Dr Fredrick Faseun. “OPC New Era will do everything in its power to bring all OPC factions into one. Just like it was the original motive of establishing the group by Dr Fredrick Faseun.”

The group however lambasted Aare Ona Kakanfo of Yorubaland, Otunba Gani Adams for trying to prevent OPC factions from becoming one. “Gani Adams who we can say today is the greatest beneficiary of Dr

Faseun’s benevolence and Oodua Peoples Congress family is today the greatest problem of the group. After becoming, Aare Ona Kakanfo, we expected him to be the pioneer of the harmonization of all OPC factions but sadly he is not.” It added: “Since his emergence as Aare Ona Kakanfo; he has been frustrating our efforts toward harmonizing all factions of OPC. With the death of our founder and as a sigh of respect; we urge all factions of OPC to support OPC New Era into making it one group devoid of factions.”