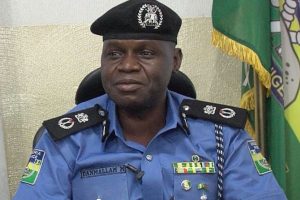 The Police in Enugu State have launched a manhunt for one , Onyenwe Offor Ajah, who allegedly hacked his son to death in an Enugu community.

The police spokesman in the state, SP Ebere Amaraizu, said in a statement on Wednesday that the incident occurred on March 28 at Ameke Enu village in Oduma Community of Aninri Local Government Area of the state.

Amaraizu said the son whom he allegedly killed after a disagreement, had been identified as Kenneth Ajah ,38.

He said the suspect had a misunderstanding over some yet-to-be established issues with his son, which started at Orie Oduma Market.

a�?It was further gathered that following the alleged misunderstanding, there arose a fight between the father and his son, which resulted to the use of an object to hit the victim on his head by the father.

a�?The son, however, became unconscious and was rushed to a nearby hospital and was later confirmed dead by a doctor on duty,” he said.

Amaraizu said that the deceased’s body had been deposited at Awgu District General Hospital Mortuary; while a manhunt for the fleeing suspect had been intensified. (NAN)

9 thoughts on “Father hacks son to death in Enugu”