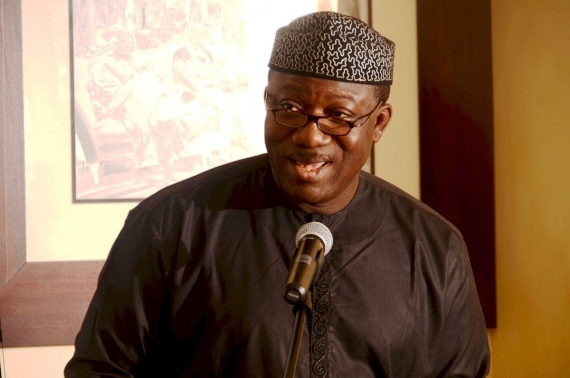 The Kayode Fayemi Campaign Office has uncovered a clandestine plan by Governor Ayodele Fayose and the People’s Democratic Party (PDP) to carry out coordinated attacks on supporters and associates of former Governor Segun Oni, using thugs who would pretend to be working for Dr Kayode Fayemi, Minister of Mines and Steel Development and Candidate of the All Progressives Congress (APC).

It was reliably gathered that the plan, which had reached advanced stage, was designed by Governor Fayose as part of the efforts to cause disharmony among the two former governors of the state as well as their supporters.

According to information, the assailants would carry out the dastardly act, wearing JKF branded materials and making insinuations that would establish a possible link to the Fayemi political camp.

Security agencies in the state are hereby alerted to this clandestine move by the PDP goons aimed at introducing violent dimension to the politics of the state ahead of the July 14 governorship election.

We urge all supporters and members of APC to remain vigilant, shun any form of violence during this electioneering period and report any act of intimidation to the law enforcement agencies.

The Campaign office reiterates the position of the APC leadership that all members of the party should unite and work together for the success of the APC in the coming elections.

For the JKF Campaign Office