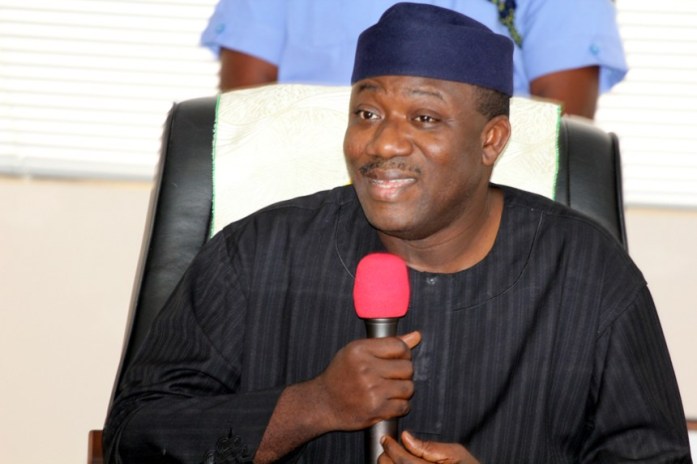 Minister of Mines and Steel Development and Governorship Candidate of the All Progressives Congress (APC), Dr Kayode Fayemi, on Sunday kick started reconciliatory move with his co-contestants barely 24 hours after he emerged the party’s flag bearer for the July 14 governorship election.

Fayemi, who on Saturday was declared winner of the APC primary having polled a total 941 votes, visited no fewer than 15 of the aspirants in their respective homes on Sunday.

The Minister who was accompanied by APC Ekiti State Chairman, Chief Jide Awe, and some chieftains of the party visited Engr Segun Oni at his Ifaki-Ekiti country home early on Sunday morning.

Thereafter, he visited Rt.Hon Femi Bamisile, another aspirant and former Speaker of the state House of Assembly at his Ado-Ekiti residence. Fayemi also visited Mr Kola Alabi and Dr Wole Oluyede at their respective residences in Ikere –Ekiti.

Dr Fayemi described his discussion with his co-contestants as “frank and useful” useful discussion, even as he expressed optimism that the party would go into the July 14 poll as a united entity.

The APC standard bearer, had a few hours after his declaration as winner of the governorship primary, told his supporters of the need to maintain cordial relationship with other co-contestants and their supporters.

He had also hinted on plans to constitute a body of all co-contestants into the Candidate’s Advisory Council.

8 thoughts on “Fayemi reaches out to Oni, Aluko, Bamisile, 12 other co-contestants”