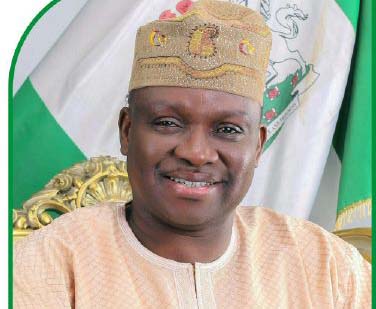 Ekiti State Governor, Mr Ayodele Fayose has expressed concern over the reported abduction of 94 pupils of the Government Girls Technical College, Dapchi, Yobe State, appealing to the federal government to ensure that the girls are found and stop lying to Nigerians that the Boko Haram insurgency had been a�?completely defeated.a�?

The governor, who also described the new report by Transparency International (TI) revealing that the perception of corruption in Nigeria worsened between 2016 and 2017, as another vindication of his position that the All Progressives Congress (APC) government of President Muhammadu Buhari was not fighting any corruption, added

that; a�?Transparency International only confirmed what I have said before that President Buhari is only hiding under anti-corruption fight to harass his perceived political foes while protecting corrupt people in his government.a�?

In a statement issued in Ado Ekiti on Thursday, by his Special Assistant on Public Communications and New Media, Lere Olayinka, Governor Fayose said it was painful that despite the earlier claim by the federal government that Boko Haram was a�?technically defeateda�? and the latest one that the insurgency was a�?completely defeateda�?, 94 students could be abducted in Yobe State in just one day.

He said; a�?My heart goes to those 46 students that are yet to be found, even as the and I urge the federal government as well as the Yobe State government to do all within their powers to bring the students back to their families.

a�?Most importantly, the federal government should stop lying concerning the fight against Boko Haram insurgents because it has now become the tradition that whenever the government boasts of defeating the insurgents, greater havoc is wrecked on the country.a�?

a�?Fact is that President Buhari is presiding over the worse form of corruption in the history of Nigeria and the good thing is that despite their propaganda, they have not been able hide the rot in their government from the eagle eyes of international organisations like the Transparency International.

a�?In the last few months, Nigerians have been confronted with messy revelations like the fraudulent reinstatement of Abdullahi Maina, alleged award of $25 billion contracts without following due process, Attorney-General of the Federationa��s declaration that the EFCC lacked evidence to prove its allegations of sharp practices against prominent

players in the Malabu Oil deal, alleged re-looting of exotic properties recovered from alleged looters of Pension Funds, among others.

a�?Even the Acting Chairman of EFCC, Ibrahim Magu was indicted by the DSS indictment for corruption.

a�?Therefore, the reality as revealed by the Transparency International is that the federal government under President Buhari is using APC broom to sweep corruption involving top functionaries of the government under the carpet while setting lion after opposition figure even on mere rumour of corruption.a�?

Nigerian teen admitted by all 8 Ivy League schools in US (PHOTOS, VIDEO)