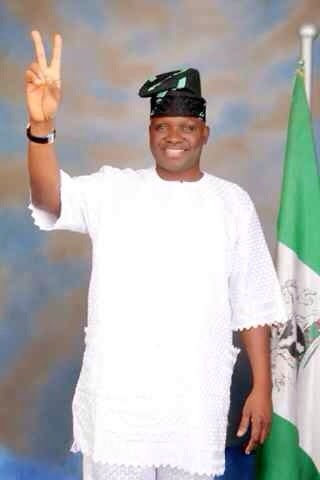 Ekiti State Governor, Mr. Ayodele Fayose, has described call by former President Olusegun Obasanjo that President Muhammadu Buhari should stop giving Nigerians excuses and that a�?Nigerians should not re-elect a failed government who always gave one excuse or another for its failure to meet up with Nigeriansa�� expectations,a�? as vindication of his position that the President had nothing to offer the country.

The governor said a�?even though I do not agree with the personally of Obasanjo, history will not be kind to us if we do not acknowledge such a statement not minding his roles in foisting this present calamity on Nigeria and its people.a�?

According to a press statement issued in Ado Ekiti on Tuesday, by his Special Assistant on Public Communications and New Media, Lere Olayinka, Governor Fayose said a�?what Obasanjo said is not new from what I said before and after President Buhari was elected. I have consistently maintained that the President lacked the required mental,

physical and intellectual capacity to govern a country like Nigeria and now, I have been vindicated by even those who were at the forefront of his election.a�?

The governor a�?Like I said when he wrote his letter in January, this year, I agree with Obasanjo’s new position on President Buhari and I call on the remaining Nigerians who foisted him (Buhari) on the country, but are still keeping silent to in the interest of our country, speak out too.

a�?Today, apart from Obasanjo, most of all the people and organizations that matter in this country and in the world have said unanimously that Buhari has failed.

a�?Transparency International has declared that corruption, which the government prides itself to be fighting has become more endemic in Nigeria than it was in the last 16 years, Bill Gates said the governmenta��s Economic Blueprint has not addressed Nigerians’ needs, General T.Y. Danjuma (rtd) said the government has failed in terms of

securing Nigerians and General Ibrahim Badamasi Babangida (rtd) has indirectly told President Buhari to go home by advocating for the younger generation to be given the opportunity to steer the reins of leadership of the nation.

a�?With all these knocks, the President should act honourably like a statesman and resign so as to save the country from further calamities. In the interest of Nigeria and its suffering masses, he should ignore any urge to remain in office even beyond this year not to talk of seeking reelection next year.a�?

a�?Like I have maintained, it is clear to discerning minds that Nigeria is under a rudderless federal government, with everything now upside down. Everywhere in the country has become insecure to such a level that Nigerians are now opting for self defence.

a�?Therefore, what Nigerians should seek is a clean break from this directionless government and new breath of life.a�?

8 thoughts on “Fayose: Obasanjoa��s verdict on Buhari has vindicated me, Says; a�?President lacks capacity to rulea�?”