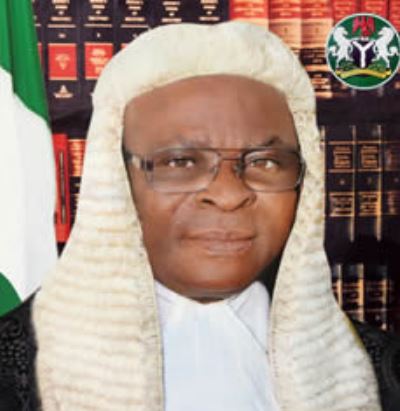 The Federal Government has closed its case against Walter Onnoghen, before the Code of Conduct Tribunal (CCT).

Although, the prosecution led by Mr. Aliyu Umar (SAN) had proposed to call six witnesses to prove its case against the defendant, it closed its case after calling three of them.

Umar announced his decision to close the prosecution’s case after the third witness, Ifeoma Okeagbue, an official of Standard Chartered Bank, concluded her testimony on Thursday.

The prosecuting counsel said he had chosen to offer to the defence team the rest of his proposed witnesses, three of them, who were not called by the prosecution.

“I have called three witnesses. If the defence needs them I can call the other three,” the lawyer said.

However the defence counsel, Adeboyega Awomolo, rejected the offer. Awomolo also told the tribunal that the defence intends to file a no-case submission but they would need time to write an address.

“I don’t want them, I don’t want them. We intend to take advantage of section 303 of the Administration of Criminal Justice Act (ACJA) 2015 on no-case submission,” he said.

Mr Awomolo was ordereded to serve his address on the prosecution next week Wednesday, as Premium Times reported that Mr Umar fixed March 29 as the day counsels will adopt their addresses.

11 thoughts on “Fed Govt Rounds Up Her Case Against CJN, Walter Onnoghen,”