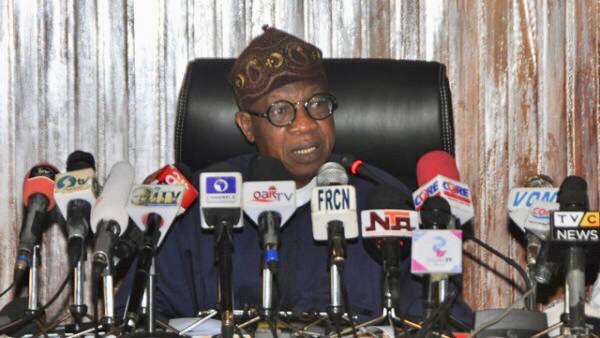 ABUJA: The Federal Government has released a list of some of those who have allegedly looted the nationa��s treasury.

The Minister of Information, Lai Mohammed, released the list during a press conference in Lagos on Friday.

Mohammed said the individuals include officials in the past government.

The names in the list revealed by the Federal Government include PDP chieftains who are currently being tried for corruption and financial crimes.

On trial for allegedly collecting N1.4bn from the office of former NSA.

On trial for allegedly taking N2.1 billion from the office of the former NSA.

On trial, over N830 million allegedly kept in accounts of four different companies.

On Thursday, a Federal High Court ruled that he has a case to answer for allegedly collecting $40 million from the office of former NSA.

The decision by the APC-led government to reveal the names of the alleged looters and the funds allegedly stolen is in response to the opposition party, PDPa��s, challenge to the government to name those alleged to have looted the country and destroyed the economy.

Mohammed said this list is just a tip of the iceberg, and the APC did not make these cases up as some of them currently have cases in court.

a�?They are in court and the records are available. Some of the people on this list are seeking to plea bargain, and that is a fact.

a�?We insist that Nigeria was looted blind under the watch of the PDP and that the starting point in tendering an apology is for them to return the loot,a�? he said.

Mohammed said further that the APC will not stop talking about the alleged looting by the PDP.

a�?We will not stop talking about the massive looting by the PDP. They brought Nigeria to this sorry pass. We are now looking around for loans to build infrastructure, and they ask us not to talk about it. We will talk about it,a�? he said. (Channels TV)