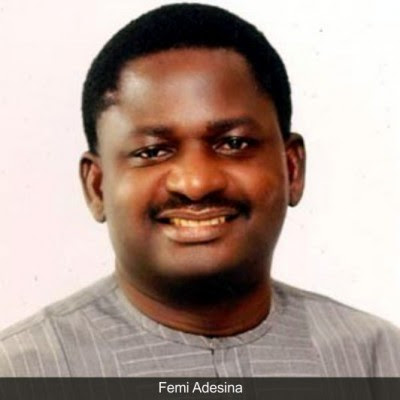 It is a very serious challenge to openly disagree with a revered friend, classmate and professional colleague. It is a very difficult task fraught with misinterpretations and misunderstanding. But where the lives of innocent children, women, elderly, weak and vulnerable are concerned, it has become a compulsory task that must be done. Where our freedom and that of our fellow citizens are concerned, it is also a compulsory task to be accomplished.

This is because as our forefathers aphorised, “Ti arA? ilA� eni bA? nje kA?kA?rA?, tA� a kA? bA? so fun, A?fun hA�ha rA?, kA? nA� jA� k’A? sA?n l’A?ru.” It has become clear that the true strength of friendship is to be able to tell each other the bitter and uncomfortable truth that others are unable to touch with a long pole.

I am very aware that you’re a very religious man. To that extent, the least I am expecting of and from you as the irreducible minimum is the truth and honest handling of the issues on the Nigerian table of woes. It had been my expectations that your edifying trajectory would be able to impact your time and service in Aso Rock. I had thought that doing a good job for your boss would not amount to deodorizing the dirt since you would be able to give enough doses of honest advice without fear.

Your recent response to Dr. Amanze Obi’s column showed that I had wrong expectations from you. That your response was an undue exercise in triviality. It was an exercise in putrid sophistry of subtle justification of the misery, tragedy and murder of innocent Nigerians as well as forceful colonisation and subjugation of other ethnic nationalities in Nigeria. It was also an exercise in deliberate obfuscation of the facts of our trajectory as a country under the boot of a despot masquerading as a democrat, a contused, not confused, odious tribalist and serially incompetent pretender in whose court you serve.

As a student of History, it is amazing that you would condescend so low as to project the inanities of a cunning predator in the genre of Fulani represented by Mohammadu Buhari, the man you are serving with gusto, as untainted when in fact, it reeks disgustingly. Your attempt to hide under the point that some appointees to some National Security positions are not Fulani is scary and to say the leas, bothersome and terribly disappointing.

As someone with whom I attended so many classes at Great Ife, I have no doubt that you know better and you know differently that things are not as simple as you have projected it. As informed by the attestations of History, the age-long desires of the Fulani to conquer others and take their land are well known. How they have operated with guile, sword, duplicity and ferocious subtlety are well documented.

As a student of History, you cannot claim that you are not aware that the use of divide and rule and the appropriation of satellites, sentries, tools, as well as perfidious collaborators from other ethnic nationalities have always been part of the strategy of the Fulani. Buhari and his hellish cohorts are employing these to the fullest. To their advantage now, Buhari and his neo -colonialist ilk are operating fully within the ambit of the powers of the Federal Government of Nigeria to subjugate and conquer other people and appropriate their lands for the Fulani.

“Dr Obi talked of the “business and expansionist interest of the Fulani.” That is a major cause of the problem in the country. Suspicion of one ethnic group by the other. What are the details of that expansionist interest, if it exists beyond the fecund imagination of those who harbour the suspicion? To the best of my knowledge, Fulanis are in the minority, even in most states of the north, except in places like Adamawa and Gombe.”

My dear Femi, you know as well as I do, that the other ethnic nationalities in Nigeria are suspecting the Fulani because they are conscious of the History that stares them in the face. If you are inflicted with selective amnesia, many other Nigerians are not. The import of Ahmadu Bello’s statement made weeks into the Independence of Nigeria is nagging on the minds of Nigerians. They are seeing it coming to pass as every day goes by. Ahmadu Bello had said inter alia on October 12, 1960:

a�?This New Nation called Nigeria, should be an estate of our great grandfather, Uthman Dan Fodio. We must ruthlessly prevent a change of power. We use the minorities in the North as willing tools, and the South, as conquered territory and never allow them to rule over us, and never allow them to have control over their futurea�?

After his election as the Speaker of the National Assembly, Mr. Yakubu Dogara, at a Thanksgiving Service said the following:

a�?For us who are Christian minorities in the North, we should acknowledge that this victory we are celebrating here today, was made possible by the intervention of the Sultan and others. We should know that there is new thinking in the North.a�?

a�� Yakubu Dogara, New Speaker of the House of Representatives on his emergence.

What the “new thinking” is has now been made evident by the tacit support of the Administration you serve in the continued murder, maiming, arson, raping of innocent Nigerians by the Mohammadu Buhari anchored Fulani neo – colonialism. Dogara, in the quote above sounded like a “willing tool” that Ahmadu Bello spoke about, a happy slave, who had never found it imperative to officially condemn the ethnic cleansing of his people.

You know that the fact that the Inspector General of Police is a Nupe man does not detract from the fact that he is carrying out the Fulani agenda. The way and manner he has been vociferously defending the Myetti Allah murderers could only be matched by the antics of Joseph Goebbels of the Hitleric Germany that religionized racism. You know, Femi, as much as I do, that if he did anything to hurt any Fulani interest, he would be out of that position in the next minute. Same goes with others holding positions in this Administration. So, your so called “facts” to dispute the assertions of Dr. Obi in his column was just tantamount to conscientious obfuscation on your part.

My dear Femi, it was in the newspaper over which you once presided that Mallam Sale Bayero, the Fulani leader and secretary of the Sultana��s Farmer/Cattle Rearers Conflict Committee boasted as he justified the massacre of the Birom people while protesting the arrest of the Fulani murderers in Plateau State of Nigeria. As quoted in THE SUN NEWS of Friday, March 12, 2010, he said inter alia:

“Under the circumstances of what has been happening in Plateau State, some people just have to diea��a�� Indeed, majority of our killings were carried out in areas where there was strong government presence.a�?

So, when you wrote, “What are the details of that expansionist interest, if it exists beyond the fecund imagination of those who harbour the suspicion?” you were being economical with the truth. You were engaging in the most odious act of deception by your simplistic and farcical explanation as a means to cocooning the real agenda of the Fulani against Nigerians.

You can’t claim to be unaware of the fact on how Professor Isaac Adewole’s decision was over ruled on Usman Yusuf. You can’t claim ignorance of the insouciance of Maikanti Baru to his boss, Ibeh Kachikwu. You can’t claim not to be aware of the shenanigans that brought back Abdulrasheed Maina. In all these and more, the heads of the Ministries are non-Fulani. They were shown simply where the power resides.

In furtherance, you cannot claim to be unaware of your oga’s indifference to the murders of Igbos on their farms in Enugu, or of the Agatus in Niger, or of the Yoruba in Ketu, Lagos and other states in YorA?bA? land, in Kaduna, Adamawa, Plateau and Benue States until this last one, because of the increasing outcry. You can’t fault the conclusions of Dr. Obi on the intentions of your boss and his tribesmen.

So, to come out and spill the platitudes of “IGP is not Fulani” or that the National Security Council have people of other tribes in it, is not just balderdash, it is puerile, petty, misleading, trivializing, obfuscating and obscuring. That a Hausa man has a position under Buhari doesn’t mean he is able to exercise powers related to that office as he deems fit. The Fulani powers that be, make sure of that.

There are so many Fulani sentries across Nigeria. The sentries spread all over the strata of our society are very effective and hold dear the crumbs with which they are fed to keep them “bouyant,” but not sufficiently powerful to aim at the power itself. A Yoruba man or Igbo, Ijaw, Tiv, Kataf, Birom, Mumuye, Kanuri or any man of any ethnic nationality can be in office, but never really in power.

Thus, making a claim that the Fulani are in minority is bizarre on your part. I say this because I know you are not unaware of apartheid system. You’re engaging in an impish and deliberate mischief in order to defend your boss for his neo – colonial acts via murders, maiming, raping, dismembering of innocent Nigerians and burning their farms, destroying their farm products and their villages, so that their lands could be taken for his Fulani tribesmen.

In your last paragraph, you wrote the following:

“Let me repeat what I’ve said before. The killings by herdsmen should never be brooked by any government. And this administration is working for an enduring solution.”

Beyond platitudes, this elevated to the realm of banality. Banality because more killings are going on. And they are going on where your Government has the most presence. Please, save us from this wickedness and injustice. The killing by herdsmen is not only brooked

by your Government, it is given free rein without let or hindrance.

“In the long history of the world, only a few generations have been granted the role of defending freedom in its hour of maximum danger. I do not shrink from this responsibility – I welcome it.

9 thoughts on “Femi Adesina: I Beg To Disagree.”