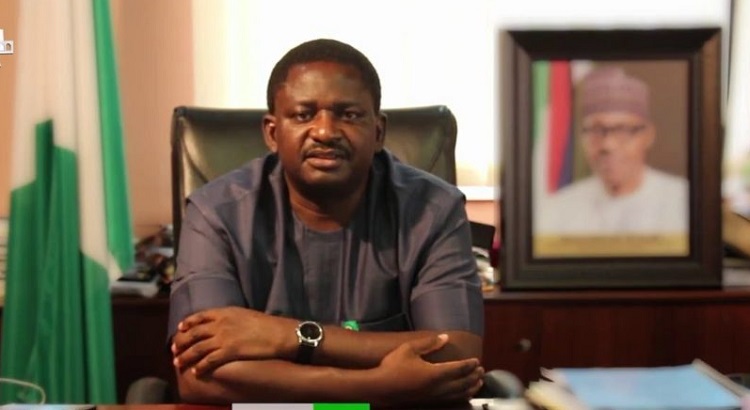 (Intersociety, Nigeria: 5th July 2018)-Apostles of justice and other campaigners of accountability for victims of State and non-State atrocities around the world particularly in Nigeria’s old Middle Belt and Eastern Region are called upon to take advocacy and justice notice of ceaseless inflammable comments by key presidential aides serving in the present central Government of Nigeria headed by Muhammadu Buhari-concerning the ongoing and untamed butchering of Christians in their thousands as well as burning of thousands of their sacred places of worship including churches and schools using battalions of mercenaries and jihadists planted, sustained and officially protected within the cells of Nigeria’s mainstream cattle herders-Fulani Herdsmen.

The anti Christian campaign got escalated immediately after 29th May 2015, when a life patron of the cattle herders’ mother body-MACBAN ascended to seat of the presidency of Nigeria. Such ceaseless inflammable comments and defenseless defenses using state owned and independent media as well as threats of government’s hash security policies including refusal to respond to security emergencies and collusion with Fulani jihadists have emboldened the attackers to launch more deadly attacks on defenseless indigenous Christian victims and their communities. Instead of Government de-escalating the violent attacks on Christians, such inflammable and complicity comments by the said presidential aides have escalated same.

The anti Christian violent campaign by the Jihadist cattle herders since June 2015 has led to death of between 5,300 and 6,300 Christians and destruction of over 1,000 churches and 200 Christian schools. By the account of Int’l Crisis Group (2017), for instance, the jihadist cattle herders killed 2500 Christians in 2016 alone. Others estimate the death of Christians in the hands of the herder jihadists in 2017 to not less than 1,700 and in the past six months of 2018, more 1,750 Christians have been killed with the newest being not less than 250 killed in eleven villages in Plateau State between 23rd and 24thJune 2018, out of which 238 bodies have been recovered as at last count. In Southern Nigeria, no fewer than 21 Christians lost their lives to the Jihadists in the first six months of 2018, according to Christian Solidarity Worldwide, UK.

As a matter of fact, Christians, their churches and homes are now daily targets of the organized jihadist group in Nigeria; with the central Government and its security forces sitting by, offering little or zero assistance or intervention; except after the attacks for purpose of protecting the attackers and forestalling reprisals. The most shocking of it all is the direct involvement in the anti Christian violence and others against indigenous Nigerians by the present central Government of Muhammadu Buhari. Apart from elevation and adoption of primitive, violent and subsistent Fulani cattle nomadism as a “national food and security policy”, the named central Government has also targeted, ordered and supervised the killing through direct shooting and bombing of no fewer than 1,014 Christians particularly between August 2015 and December 2017.

The central Government has also forcefully used executive fiat, budget militancy and military intimidation to force on Nigerians and their ancestral lands the national program of “Fulani Herdsmen ranching and grazing”. In the Presidency, too, lies “the National Commission for Fulani Herdsmen”. These were done without recourse to national legislation or cementation; or public debates and supports. In the 2018 National Budget of N9.1trillion, a whopping sum of N179billion was provided for creation and funding of “national ranches and grazing routes for Fulani Herdsmen” in targeted States in Nigeria.

Several accusations have been leveled and still level against the central Government of Nigeria by some State Governors, officials of the indigenous associations from the victims’ communities, retired Army and other security chiefs and Christian Association of Nigeria, etc, strongly accusing Federal Government and its security agencies of partisanship and complicity in the ongoing massacre of Christians and destruction of churches and schools in northern Nigeria.

Instances abound. The Governor of Taraba State, Darius Ishaku had in January 2018 cried out and disclosed that “the authorities of the Nigeria Police Force and other security agencies including the Army hardly respond to distress calls by the Government of Taraba State and they insist that heeding such distress calls must be authorized by the IGP/COAS/DHQs/C-in-C. In recent massacre of 250 Christians in Plateau State, soldiers of the Nigerian Army and other security agents obviously stayed away for two days until after same when they deployed their personnel to apparently protect the attackers and prevent retaliations.

Through the central Government of Nigeria’s policy of militarism and militarization, troops are deployed in almost 36 States of Nigeria and the FCT, Abuja; yet defenseless citizens are killed like fowls on daily basis. Security agencies are in most cases found going after victims including getting them arrested and labeled “perpetrators” while providing safe corridors for the attackers or Fulani Jihadists.

We, therefore, are aware of the antecedents of those who had served or still serve as presidential aides particularly spokespersons that usually distance themselves at the expiration of the tenures of their bosses from injurious comments made or odd policies and actions that took place in office such as ongoing butchering of Christians and destruction of their sacred places of worship as well as annexation and seizure of their ancestral lands; with the present central Government as complicit at source.

Such presidential aides defenselessly claim that “they were only doing their jobs or saying what their bosses asked them to say”. In many cases, they would turn around and solely hang the entire blames around neck of their bosses (i.e. Mr. Muhammadu Buhari alone) using “vicarious liability” as escape route; whereas evidence showed that they connived or actively participated in such infamous policies and actions. Sometimes they would act outside the consent of their bosses but dodged the consequences of their blunders and heaped same on their bosses to bear the brunt alone.

Mr. Vice President of Nigeria, who prides himself as a “Senior Pastor of the Redeemed Christian Church of God (RCCG)”, is also liable in the said inflammable and provocative official utterances. Though Mr. Vice President is a Professor of Law and Senior Advocate of Nigeria, but it is highly debatable especially since 2016 if he is still “a truly learned Prof of Law” and a “truly learned Silk”.

Mr. Femi Adesina in particular has inescapably made himself one of such culprits this time around and potential defendant; likewise Mr. Vice President in any regime atrocity victims’ criminal or civil suit to be initiated locally, regionally or internationally. Many inflammable presidential comments have been credited to him in recent months concerning the obvious massacre of Christians and destruction of their churches and schools by the central Government protected Fulani jihadists.

If he is not nationally caught on camera comparing between his boss regime and that of the immediate or long past which one “out-killed or out-supervised each other in national killing spree”; then he is caught nationally on camera and in print ordering indigenous Nigerian Christians and other non Muslims to “give up their ancestral lands for ranching or die or become a land owner in dead”.

One of the stark instances is the following: “The Presidency on Tuesday, July 3, urged all those against ranching and colony programmes for herdsmen across Nigeria to have a rethink. The special adviser to the president on media and publicity, Femi Adesina, said “Nigerians are better off living with the ranches and colonies than dying through the persisting conflicts”.

Speaking on a morning programme on AIT, Adesina answering questions on citizens attachment to ancestral lands said, “it is better to be alive than to keep a land as a dead person”. Vanguard reports that Adesina also decried connotations in many quarters that the ongoing crisis between farmers and herders is religious. Read more: https://www.naija.ng/1178554-those-ranching-a-rethink-presidency.html#1178554 .

Yet, Mr. Adesina did not provide answers to the following questions: (a) how many other defenseless Nigerians did Yoruba citizens kill on account of Obasanjo’s Presidency?; (b) how many other defenseless Nigerians did Ijaw citizens kill on account of Jonathan’s Presidency?; (c) which ethno-religious section of Nigeria have been responsible for non State actor killings in Nigeria: Boko Haram, Fulani Herdsmen and Zamfara Bandits?; (d) how many Christian armed opposition groups are there in Nigeria and how many of the death statistics are masterminded by Christians in Nigeria?; (e)Boko Haram declared war against Christians and Nigerian Government of Goodluck Jonathan; killing thousands of Christians and other collateral Muslims and destroying several Government facilities; are terror Fulani Herdsmen also at war with Buhari Government or solely against Nigerian Christians and their sacred places of worship?.


Others questions not answered by Mr. Adesina in his incoherent and clannish comparison are: (f) how many Muslims have Fulani Herdsmen killed or massacred between 1999 and 2015 or between June 2015 and June 2018? (g) why has the Buhari Government refused to declare Fulani jihadist group as a terrorist organization and instead, adopted its violent modus operandi as a national food and security policy?; (i) is Mr. Adesina not educated enough to know that the atrocities of Boko Haram are punishable under war crimes and Geneva Conventions of 1949 (for taking up arms against Government and People of Nigeria) while those of Fulani Herdsmen and their killer mercenaries are comitted under crimes against humanity (for declaring ethno-religious cleansing or massacre against unarmed and defenseless members of Nigeria’s indigenous Christian and other non Muslim communities under non war situation)?

The apostles of justice and other campaigners of accountability for State and non-State atrocities around the world particularly in Nigeria’s old Middle Belt and Eastern Nigeria are hereby called upon to ensure that names of such presidential aides in Nigeria including Mr. Vice President and Mr. Femi Adesina are not omitted in any civil claimant or criminal suit or anti state and non state atrocity campaign being initiated or to be initiated in any part of the world including before ICC at Hague, the Netherlands.

Recent research findings have clearly disclosed that there are abundance of international justice and humanity crimes friendly adjudicatory processes in the municipal legal systems of USA, UK, Belgium, Netherlands, Switzerland, Canada, Sweden, Denmark, etc under “international civil and criminal justice jurisdictions” as well as similar criminal justice processes at regional and international levels including ICC and those capable of being put in place under the UN System using the five permanent members of the United Nations Security Council (UNSC).

We appeal to all lovers of justice and victims of State and non State violence around the world to explore these international and municipal justice remedies to safe the endangered Christian and other non Muslim population and their sacred places of worship in Nigeria.