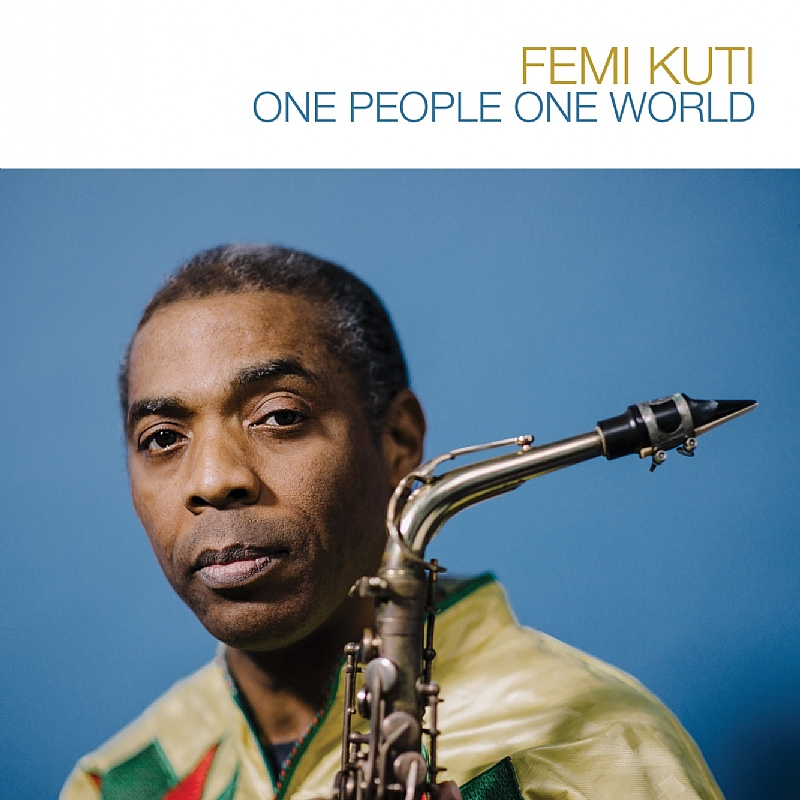 Afrobeat legend Femi Kuti released his 10th studio album: “One People One Worlda�? today. The album which he has been working on for some years now is a new direction for the Afrobeat legend who says he has become more optimistic about the future of the African man. In a recent interview with the Rolling Stone magazine, Kuti said the album’s optimistic lyrical themes underscore the important way music can make politics personal and instigate social change. “I’m a father and I love my kids, so I want to give the younger generation a message of hope,” he said. “Despite all our problems, we can create greatness in our lives.”

Two singles off the album a�?Na Their Way Be Thata�? and the title track a�?One People One Worlda�? have already been released to much critical acclaim, enjoying rave reviews from listeners on Nigerian radio stations. Speaking on the album, British Arts Journalism website The Arts Desk believes a�?Thisfiery 50-minute rant against the greedy and corrupt has more than enough to satisfy both the head and the hipsa�?

Femi begins a series of live performances of the album this Sunday with a command performance at the New Afrika Shrine, Lagos and the a�?One People One Worlda�? tour will hit other locations in the coming weeks according to his management company Chocolate City Group who say the plan is to take Femi Kutia��s brand of Afrobeat as close to fans of the legend as possible.

He and his band, Positive Force, recorded much of the album in Lagos and it is distributed in Nigeria on all major digital platforms by Chocolate City Music.

Born Olufela Olufemi Anikulapo Kuti on June 12, 1962 in London. The Four-time Grammy Nominated artist grew up in Lagos, Nigeria, where, at 15, he started playing saxophone in his fathera��s band, Egypt 80. In 1986 he formed his own band, the Positive Force and continues to tour and play at some of the world’s most renowned venues to fans of his acclaimed take on jazz.

Femi is global Ambassador for Amnesty International, a spokesperson for UNICEFs crusade for the rights of children and an advocate for HIV/AIDS education and prevention. Femi is recognized as a community leader and an inspiration for African resistance to the remnants of colonial mentality and economic hardship.

Davido Lied About Tagbo's Death, Re-invited For Questioning By Police