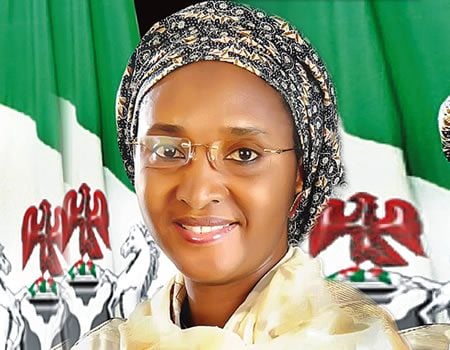 The Minister of Finance, Budget and National Planning, Zainab Ahmed, has said that the Federal Government will propose N9.79 trillion as total expenditure for the 2020 budget,

Ahmed disclosed this on Tuesday in Abuja at a public consultation forum with civil society groups and agencies on the draft 2020-2022 Medium Term Expenditure Framework (MTEF).

The minister said the key assumptions of the budget were based on an oil production capacity of 2.18 million barrels per day, crude oil price of $55 per barrel, against $60 per barrel last year, and exchanged rate of N305 to the dollar.

Also, she said inflation rate for the year is projected at an average of 10.81 per cent, with nominal consumption figure of about N122.75 trillion and nominal gross domestic product of N142.96 trillion. The GDP growth rate is put at about 2.93 per cent.

Also, recurrent non-debt appropriation was put at about N4.57 trillion against N4.39 trillion in the 2019 Budget.