FG reacts to UK court’s grant of $9b assets seizure against Nigeria, says it will appeal

FG reacts to UK court’s grant of $9b assets seizure against Nigeria, says it will appeal 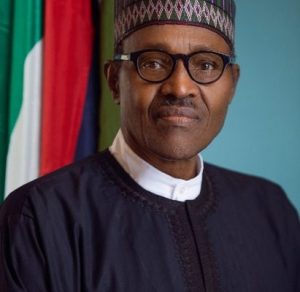 The Federal Government has said that it would appeal Friday’s ruling of a British court ordering that about Nine billion dollars ($9bn) worth of its assets be seized by the Process and Industrial Development Limited following a breach in contract.

The Solicitor-General of the Federation and Permanent Secretary, Federal Ministry of Justice, Dayo Apata, said in a statement on Friday, that the Federal Government’s Counsels have been instructed to pursue an appeal on the judgment.

The English Court made judgement on Thursday 16 August, 2019.

The Nigerian govrrnment, according to t and at the same time seek for a Stay of Execution of the said judgment.

“The government has instructed its lawyers to appeal against of the court which sat in London”.

He added that the Federal Government of Nigeria is making vigorous efforts to defend its interest in this matter and would not relent in exploring every viable option in doing so.

Recall that this matter was inherited from the previous Administration by the present one. Upon inheriting this matter, this Government engaged the renowned US Law Firm of Curtis, Mallet-Prevost, Colt & Mosle LLP to defend the interest of the FGN.

The Law Firm has taken step to defend the proceedings in the United Stated by urging the District Court to dismiss the P&ID application for enforcement of the award on the ground that Nigeria as a sovereign state has an absolute right to obtain an authoritative determination of its sovereign immunity.

The FGN therefore demanded that the jurisdictional issue must be conclusively resolved before Nigeria may be required to litigate the merits of P&ID’s petition.

The ruling on Friday is the latest development in the case which started in 2010, regarding an agreement to build a gas processing plant in Calabar, Cross River State.

The project collapsed between Nigeria and the Irish firm after the former was said to have failed to meet its end of the bargain.

Apata stated further that the dispute that led to Arbitration between Federal Government of Nigeria (FGN) and Process and Industrial Development Ltd which arose from a 20 year Gas Supply and Processing Agreement (GSPA) entered in 2010 between FGN (through the Ministry of Petroleum Resources) and P & ID in respect of an accelerated gas development project in Nigeria’s OMLs 67 and 123.

“P&ID never began the construction of the project facility although it alleges it incurred about $40 Million in preliminary expenses. P&ID’s claim in the arbitration proceedings was mainly for loss of profit for the entire twenty-year term of the GSPA, initially claiming the sum of US$1.9 Billion and later increasing its claim to US$5.9 Billion”.

“The Arbitral Tribunal on 31st January 2017 rendered its Final Award against the Ministry of Petroleum Resources in the sum of US$6.597 Billion together with pre-award interest at the rate of 7% per annum effective from 20th March 2013 and post award interest at the same rate till date of payment”.

However in granting the huge arbitration award against Nigeria the tribunal he added, decided the following:

That the project would operate at 93% uptime during the twenty year of the GSPA despite the well-known risks of operating such a project in the Niger-Delta.

P&ID has variously challenged Nigeria’s position urging the District Court to direct Nigeria to file both its jurisdiction and merit defenses as a consolidated defense so that the proceedings may be disposed of by the District Court summarily.

The FGN has however pursued the validity of its jurisdictional defense as a preliminary matter which must be conclusively resolved prior to any consideration of the merit argument up to the Court of Appeal.

In a ruling on 9th October 2018, the District Court granted a stay of proceedings pending a determination of the appeal.

On 15 February 2019, the Court of Appeal issued a decision in favour of FGN by dismissing P&ID’s motion requesting the court to dismiss Nigeria’s appeal for lack of jurisdiction or to summarily affirm the scheduling order of the District Court

I’ll Dedicate Rest Of My To Keep Nigeria United – Buhari