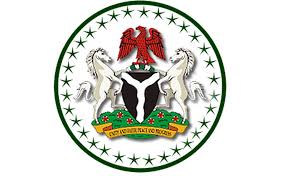 The Federal Government has said that it recorded a total shortfall of N2.38tn in independent revenue from its agencies captured under the Fiscal Responsibility Act between January 2015 and August 2018.

Because over the years, many of the agencies have been underpaying revenue into the coffers of the government and the Act stipulates that any government agency that generates revenue must remit 80 per cent of their operating surplus to the Consolidated Revenue Fund account.

The development made the Director-General, Budget Office of the Federation, Ben Akabueze, to summon a meeting of the heads of the affected agencies to discuss how to address the revenue shortfall.

Speaking at the event yesterday in Abuja, Akabueze described the revenue performance of some of the agencies as “mostly insignificant.”

For instance, he said that between 2015 and August 2018, out of the cumulative budgeted revenue of N3.65tn, the actual revenue received during the period was just N1.27tn.

Giving a breakdown of the revenue for the period, the DG said that in 2015, the budgeted independent revenue of the government was N489.25bn, out of which N354.03bn was generated.

For 2016, he said the government was more ambitious by setting a target of N1.5tn only for the agencies to realise just N398.19bn.

The DG added that the poor revenue performance made the Federal Government reduce the 2017 target to N807.57bn.

However, he said the actual collection was worse than what was earned in the previous years as only N216.66bn was the actual amount generated.

For the 2018 fiscal period, he said the revenue target was pegged at N847.95bn noting that about N302.66bn had been generated as revenue.

About 50 government-owned enterprises that generate independent revenue have yet to remit their operating surpluses running into over N2tn.

According to the presentation made by the Akabueze, some of the agencies are the Petroleum Products Pricing Regulatory Agency, N1.34tn; Central Bank of Nigeria, N801.18bn; Nigeria Ports Authority, N192.1bn; Nigerian Maritime Administration and Safety Agency, N66.08bn; and the Federal Airport Authority of Nigeria, N51.99bn.

Akabueze said, “The continuous underperformance of the government -owned enterprises has made it difficult to achieve enhanced domestic revenue mobilisation from operating surpluses of the GOEs.

“The President has mandated that urgent corrective action should be taken and for this reason, we have gathered here today.

“Despite the over N40tn the Federal Government has invested in the agencies, what is usually remitted to the treasury in terms of dividends or surplus at the end of each operating year is mostly insignificant.

“The record shows that few of the GOEs declare surpluses. In effect, the Nigerian taxpayers have not benefitted much from these investments.

“Out of the total projected sum of N807.57bn independent revenues in 2017, only N216.66bn, representing 26.8 per cent performance, was remitted by GOEs and revenue-generating Ministries, Departments and Agencies.”

He said, going forward, the Federal Government would strengthen its control mechanism to make the revenue process more transparent and inclusive.

To achieve this, Akabueze said reforms would be implemented with increased vigour to improve revenue collection and expenditure management.

He said achieving fiscal sustainability required bold, decisive and urgent action, adding that the budget performance between January and September had shown clearly that the country had a “serious revenue challenge.”

He gave some of the initiatives being taken to address the problems to include the deployment of new technology to improve the collection, upward review of tariffs and tax rates, stronger enforcement action against tax defaulters and tighter performance management framework.

He also said the government would be implementing tight expenditure control through the issuance of circulars to limit allowable expenses, the frequency of board meetings and other wasteful practices.

“Annual GOE capital budget may be mainstreamed into the Federal Government capital budget in order to ensure that they are subjected to the same level of scrutiny, procurement and monitoring processes.

“It shall be mandated for all GOEs to use the Treasury Single Account for all financial transactions. The accounts of GOEs shall henceforth be audited within five months after the end of each financial year,” he added.

Akabueze explained that the government would be amending relevant sections of the Acts establishing some of the agencies to reflect the economic realities and policy thrust of the government.

He said the need to amend the Act became imperative as some establishing Acts empowered the boards of agencies to serve as final approving authority over their spending plans.