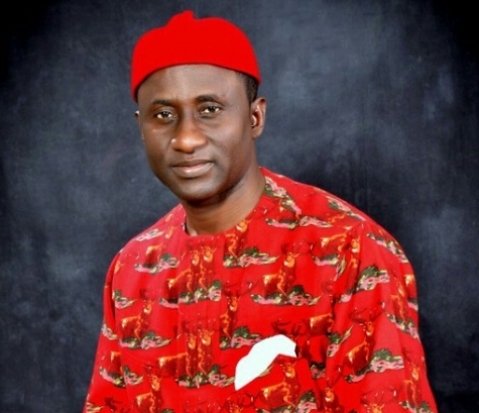 The Federal government has stated its prepardness to turn the salts in Ebonyi into commercial quantity for growth of Gross Domestic Product(GDP) of the government and also generate thousands of jobs for the people of the country.

Minister of state, Mines and Steel Development, Dr Uchechukwu Ogah disclosed this during courtesy call on Governor Dave Umahi of Ebonyi state and inspection of some salt lakes in the state.

He described Ebonyi as one of fore runners in terms of solid mineral with great potentials which the fderal government would benefit from to diversify the nation’s economy.

Dr Ogah state that there is a federal government project called Presidential Initiative on Development of Salts and that consultants have been brought into Ebonyi state to look at how salts can be developed.

He described the Presidential Initiative on Development of Salts as the first in the history of the country driven by Governor Umahi which according to him, confirms the love President Muhammadu Buhari has for the south east.

“We are here to seek collaboration with the governor in terms of optimization of our revenue, working closely with the state government to see how we can increase the revenue of the federal government through royalty.

“Ebonyi being one of the fore runners in terms of solid mineral, we believed that there is a great potentials that are abound in this state that we can benefit in line with the presidential objective of our President in diversifying the economy of the nation by using Agriculture and Mining as key industry for diversification of the sector for the growth of our GDP and equally using it to grow and create jobs for the teeming Nigerians.

“There is a federal government project which is called Presidential Initiative on Development of Salts in Ebonyi state which we have brought consultants to look at how they can develop the salt project which is the first in the history of this country coming to south east and being driven by the Ebonyi state Governor.

“This shows that Mr. President loves the south east and the project is to ensure that Nigeria is producing salt in large quantity. So, we want to turn salt into a commercial quantity for the interest of Nigeria.

“President Muhammadu Buhari has gladly granted opportunity for this project to be established. Number two reasons of my visit to the state is to discussed with the Governor on how to enhance the revenue from the mining sector for the minerals that is being mined in the state and that is why we have come and we have been able to share ideas on the way to increase and enhance revenue in the state for the mining sector which will help to drive the GDP of the nation at large. We have seen the composition of the salts in the state, we have seen the lakes and we believe”.

He commended Umahi for his developmental strides in the state.

Special Assistant to the Governor on Solid Minerals, Hon. Edwin Onwe said he has taken the Minister to all the mineral sites in the state and expressed the hope that in no distant time, the aim of the Governor in Developing salts in large quantity would be achieved.

“There is no places in Ebonyi state you will not see salts and other minerals but we took the Minister to that of Uburu and Okposi and subsequently, will be taking the Minister to some other places”, he said.

11 thoughts on “FG set to develop salt deposits in Ebonyi”