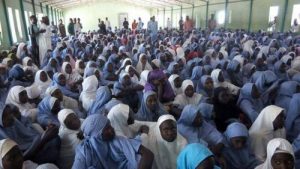 The Federal Government has set up a 12-member committee to unravel the circumstances surrounding the abduction of 110 students of the Government Girls Science and Technical College (GGSTC) in Dapchi, Yobe State, following the attack on the school by insurgents on 19 Feb. 2018.

The committee was convened by the National Security Adviser (NSA), Maj.-Gen. Babagana Monguno (rtd), according to a statement issued in Abuja on Tuesday by the Minister of Information and Culture, Alhaji Lai Mohammed.

The terms of reference of the Committee include ascertaining the circumstances surrounding the abduction of the girls, confirming the presence, composition, scale and disposition of security emplaced in Dapchi as well as in GGSTC before the incident and suggesting measures that can lead to the location and rescue of the girls.

The panel, which is expected to submit its report by 15 March 2018, is also saddled with recommending measures to prevent future occurrence.

The Committee will be inaugurated on Wednesday (28Feb2018).