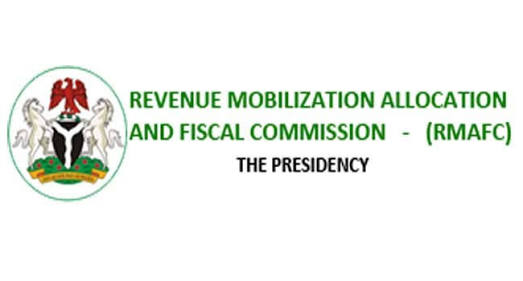 The Federal Government, states and local governments shared N701 billion as revenue for the month of April, the Permanent Secretary, Ministry of Finance, Mr Mahmoud Isa-Dutse, revealed Wednesday in Abuja.

Giving a breakdown of the revenue accrued in April, the permanent secretary said that mineral revenue increased by N50.7 billion, that is from N360.51 billion in March to N411.2 billion in April.

He added that non-mineral revenue also increased by N81.25 billion, from N120 billion in March to N201.3 billion in April.

He noted that Value Added Tax (VAT) collected increased from N80.35 billion in March to N83.4 billion in April.

Crude oil sales volume increased by 64 per cent, compared with 7.72 million barrels from the previous month, resulting in increased revenue from the Federation Crude Oil Export Sales by 226.90 million dollars.

Performance for the month in review would have been better but for a few production shut-ins and shut-downs at various terminals for repairs and maintenance.

Isa-Dutse said looking at the significant increase in revenues, the federal, states and local government decided to save some of the month’s revenue for rainy day.

To this end, the permanent secretary said, N24.5 billion would be converted and added into the dollars denominated Excess Crude Account.

He added that “based on increased revenue for the month and after due consultation, it has been decided that we will take out N24.5 billion and credit it into the Excess Crude Account.

On the issue of reconciliation of accounts with Nigerian National Petroleum Corporation (NNPC), Isa-Dutse said it was ongoing.

He explained that reconciliation of monies collected by revenue generating agencies was also ongoing.

He said it was not fair that Federal Government should take the lion share of the revenue when states and local governments were closer to the people.

We are clamouring for review of the revenue sharing formula because most people reside in states and local governments.

The Federal Government only controls Abuja but where the real Nigerians reside are states and local governments.

So, we believe they should have more revenues so that they can work better, so that the people will feel the impact and presence of government.

Yunusa said states would soon make their demand formal so that the Revenue Mobilisation Allocation and Fiscal Commission (RMAFC) would begin the process of reviewing the current revenue sharing formula.

Also, 13 per cent of the oil and gas federally collected revenue is given to oil producing states and communities as derivation revenue to compensate for ecological risks of oil production.

This formula was designed during the President Olusegun Obasanjo Administration.

However in 2015, the RMAFC saw the need to review the formula for balanced development of the country, hence it embarked on nationwide sensitisation tour to the 36 states of the federation to campaign for review.

The result was later submitted to former President Goodluck Jonathan, though it was never made public

EFCC to arraign woman for collecting N22.9bn from Dasuki