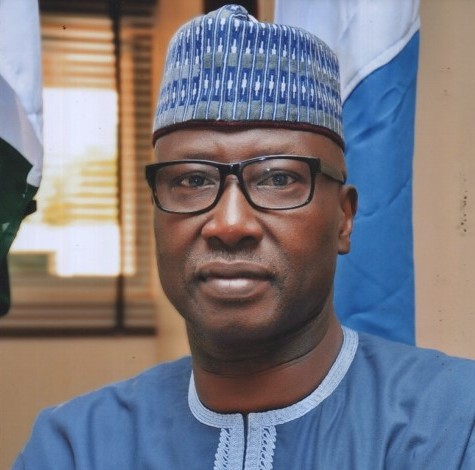 The Secretary to the Government of the Federation, Boss Mustapha, has assured the Nigerian Economic Summit Group (NESG) of Government support in the pursuance of the Group’s mandate.

He said this today Friday 18th may, 2018 when the NESG paid him a courtesy visit in his Office. The Group was led by his Chairman, Mr. Kyari A. Bukar.

In his opening speech, Mr. Bukar said that their visit was to intimate the SGF on the activities of the NESG and to solicit for the support of the Federal Government to enable them accomplish their goals. According to Mr. Bukar and his Team, “NESG is here to give the documentation and snap shots of its last year activities and lay its plan for further development before the SGF. Our plans towards food security and social investment and security will certainly be beneficial to the Government”.

The Chairman said that with the population of Nigeria put at about two hundred million and about 42% either unemployed or under-employed, five to seven million jobs must be created annually to absorb the growth in population if Nigeria is to benefit from her huge population.

The Chairman also complained about either lack of data or scanty ones which was not making planning effective. He therefore requested for SGF support for approval of the bills that bothers on Economic and Social security which are currently in the National Assembly

In his response, the SGF assured the NESG of his support and pledged that his door would be open to the Group at all times. He said that the Economic Summit Group’s plans and programmes would help the present administration in its goals in achieving food and social security. He therefore directed the Permanent Secretary, Political and Economic Affairs Office, Mr. Gabriel Aduda, to liaise with the Group in areas identified for further collaboration.

The Permanent Secretary, Cabinet Affairs Office, Barr. Ehuriah Georgina, while appreciating the works the NESG is doing in area of Agriculture, challenged the Group to extend the same zeal to Education and Infrastructural development as the Government is not reaping enough achievement in Education considering the amount of money being put into it.

In attendance were the Permanent Secretaries, Mr. Gabriel Aduda and Barr. Ehuriah Georgina of Political and Economic Affairs Office and Cabinet Office respectively and Messrs. Laoye Jaiyeola, CEO (NESG), Abubakar Sule, and Tope Toogun all from the NESG.

Adetola Olusegun
Assistant Director (Press &Public Relation)
For: Secretary to the Government of the Federation