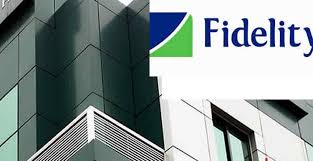 A senior female manager with Fidelity Bank Plc, Lagos, Agatha Dunu Igwe has been arraigned before a Lagos Magistrates’ Court for allegedly obtaining the sum of N42 million from the Managing Director of Maydom Pharmaceutical Limited under false pretence.

Police said that Igwe allegedly obtained the money from the complainant on the pretext to use the money to lobby senior officials of the bank to help him to secure a $1 million import finance loan from Fidelity Bank Plc, a claim the police said the accused knew to the false.

Igwe was arrested by the operatives of the Police Special Fraud Unit, PSFU at Ikoyi, Lagos and after investigation by Supol Akio and his team, Igwe was charged before the Igbosere Chief Magistrates’ Court on a three-count charge of obtaining money under false pretence and stealing.

Police counsel, Supol George Nwosu told the court in charge No: F/5/2020 that the accused,, a staff of Fidelity Bank Plc, committed the offence between March and May, 2017 at Ilupeju, Lagos.

Nwosu told the court that the accused tricked the complainant and collected a total sum of N42 million from him to help lobby some officials of the bank to help him secure a one millions dollar import finance loan from the bank knowing full well that there was nothing like that at the Fidelity Bank Plc.

He said that the complainant decided to report the matter to the police when Igwe could not secure the loan facility and did not refund the N42 million back to him.

Nwosu said the offences, the accused committed were punishable under sections 411, 324 and 287 of the criminal law of Lagos State, 2015.

The accused, however, pleaded not guilty to the alleged offence in the court and Chief Magistrate O.O Oshin granted her N500, 000 bail with two sureties in like sum who must have N1 million in their bank account.

Gunrunner Reveals How He Supplies Arms To Bandits In Zamfara, Kaduna