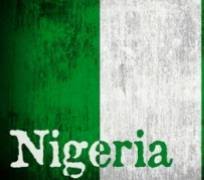 Well debates are the only good we can have in a bad election situation. Debates can create appropriate heat that nurtures positive awareness of society's dilemma. So I like debates. The debating Vice Presidential candidates appear focused on lifting Nigeria out of poverty. Two major approaches appear. One approach sees job creation a la China as best while the other thinks Corruption is the wedge against prosperity that must be removed. None seem concerned enough about the root cause of poverty and how to tackle it. If you create more and more jobs in a climate where land is impermanent as a means of production or investment or you fight corruption with guns and airplanes where you still bribe the press and legislators daily to skew reports to your favour you have not got the gist.Now, lets get down to it properly here.

Nigeria's poverty is excessive. Creating jobs does not solve it. Poverty alleviation does not depends also on the money you spread around. Poverty tells us that we have gone in the developmentally wrong direction and you cannot correct it going further along the same wrong path. Both arguments to my mind fall short of the fundamental rather than the symptomatic. Find out first why poverty persists in the land of plenty! Intellectuals: it is simply Structural!!

We cannot fight poverty by employing poverty. If you lose all the peck of employment and just gets hired you face pressure of society that neutralizes your so called employment. You cannot have society that is going wrong and you want to get rich in it or get employed in it expecting moral satisfaction of the employed while millions are begging for just one meal a day and you think you are fighting poverty. You are only creating employment for a group that will come under serious pressure from the unemployed and the have nots. Our copied capitalism understands you have to institute some welfare. But we havent done so here.So better to restructure society towards natural laws first before 'fighting poverty” can be workable. But it does not also mean you go after the rich and corrupt while overlooking fundamental issues a la 'fighting corruption'.In Nigeria for instance, You cannot fight WHAT was structurally Instituted as a prop for an abnormal formation to take root. You heard General Gowon acknowlege this recently.This system was brought about specifically to fight a civil war and if the war has ended then it should be discarded to allow normalcy take root. That is the only sustainable way of creating jobs!!!!

Prince Madumere In The Eyes Of Imolites

Obj & Da 40 Thieves: Their Only Good President Is A Dead Mko

6 thoughts on “Fighting Poverty In Nigeria”