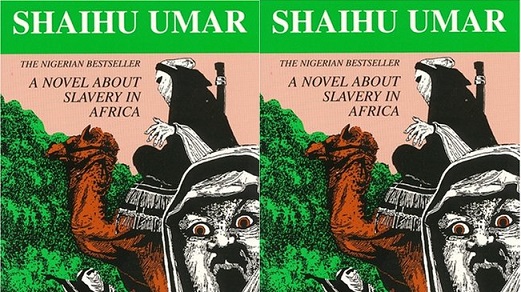 A film adaptation of the book a�?Shehu Umara�? written by Sir Tafawa Balewa, Nigeriaa��s Prime Minister in the First Rebublic, has been listed for screening at the 2018 Berlin International Film Festival in Germany.

Dr Chidia Maduekwe, Managing Director of the Nigerian Film Corporation (NFC) stated this in an interview with the News Agency of Nigeria (NAN) on Monday in Abuja.

Shehu Umar is a story of African slavery written in 1966, but was published in 1971, and thereafter adapted for a film in 1976 by Adamu Halilu, the pioneer Managing Director of the Nigerian Film Corporation.

According to Maduekwe, German Government sought to restore and digitise the film in line with modern technological advancement, using the expertise of the Arsenal Institute of Film and Video Archives Berlin, Germany.

He explained that the film is now set for screening at the 68th annual Berlin International Film Festival scheduled to take place from February 15 to 25.

a�?In line with the existing bilateral relationship between Nigeria and Germany, the German Embassy formally wrote the Nigerian Government through the Minister of Information and Culture for authorisation to screen the film at the festival, although all property rights still remain with the Nigeria.

a�?The German Embassy is interest in the film stemmed from its storyline, the rich Nigerian culture it portrays in addition to the dexterity and creativity of its production.

a�?If there was no quality in that production, it would not be globally celebrated, as we are about to witness in Germany.

a�?It is good to know that Tafawa Balewaa��s efforts in literature have attracted this enormous recognition to the Nigerian film industry,a�? he said.

Maduekwe explained that the film has gained special recognition at the film fiesta, as it has been slated for screening three times during the festival.

He noted that it was slated for Press and Industry screening, and would be shown at the grand finale of the festival on Feb 25.

He expressed delight that the international screening of this classic film would open new frontiers for the growing Nigerian motion picture industry.

a�?I am excited because this is the celebration of the excellence and uniqueness of the Nigerian motion picture.

a�?It is going to be a global showcase in telling the Nigerian story to the outside world through films, and it portends a lot of opportunities for the industry.

Maduekwe said that he would be leading a 6-man delegation to represent Nigeria at the Film festival.

He listed others to include Umaru Abubakar, the lead character in the film, Prof. Christy Best, Rector of the National Film Institute and Mrs Akudo Nwosu Director of Entertainment and Creativity at the Federal Ministry of Information and Orientation..

The NFC boss explained that the team would be meeting with international investors and organisations at the event to discuss distribution proposals for the film, as well as funding and capacity building opportunities for Nigerian movie industry.

NAN reports that Berlin International Film Festival, also called the Berlinale, is one of the worlda��s leading film festivals and most reputable media events held annually in Berlin.

With acclaimed over 300,000 tickets sold and 500,000 admissions, it is considered the largest publicly attended film festival worldwide based on actual attendance rates.

Up to 400 films are shown in several sections, representing a comprehensive array of the cinematic world.

When you have S3x for Money, Remember the Value will drop Some Day…Actress, Naomi Nkechi Emmanuel