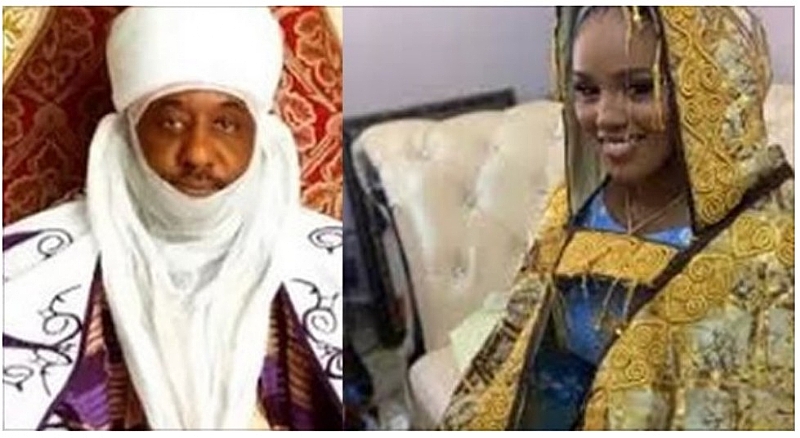 How he patiently waited four years to live with her

The first breath of matrimony may seem the sweetest; after it, a sweet tang evocative of bliss develops. Ask the Emir of Kano, HRH Muhammadu Sanusi II. It took him three wives to appreciate the bliss inherent in marrying a fourth. Emir Sanusi II certainly understands that some female phenomena could be explained by no hypothesis less thoroughgoing than the absolute exertion of his right to marry a fourth bride.

The Emir’s new bride was brought to his palace, on Saturday, while the traditional Budar Kai ceremony took place on Sunday.

Sa’adatu has just graduated from a University in the United Kingdom, where she went to study immediately after her marriage to Kano’s most important traditional figure.

It could be recalled that Emir Sanusi II married Sa’adatu, the daughter of the Lamido of Adamawa, Muhammadu Barkindo-Mustafa, in a low-key ceremony held in Yola on September 25, 2015

The fourth Mrs Sanusi II was an 18-yr-old secondary school leaver when the wedding was contracted.

Kano state Governor, Abdullahi Ganduje, represented the emir at the event while then Adamawa state Governor, Jibrilla Bindow, played the role of the bride’s guardian, who gave her hand out in marriage.

The Emir of Kano, Muhammadu Sanusi II, was at that time away in Saudi Arabia, as leader of Nigeria’s delegation to the Hajj.

The Emir has three other wives; they are: his first wife Sadiya, daughter of the late Emir of Kano, Ado Bayero, and Maryam and Rakiya respectively.

Naija and the Alamajiri's Wind