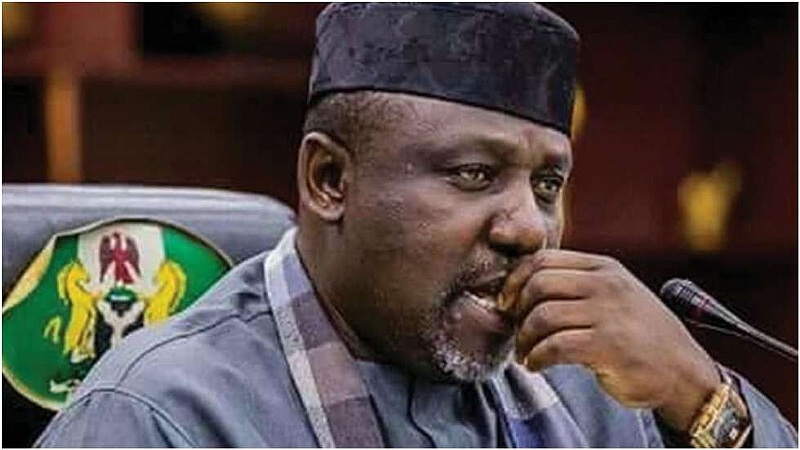 When at the commencement of his second term, the Imo State Governor, Rochas Anayo Ethelbert Okorocha, unveiled plans for his Urban Renewal Programme, tagged ‘Imo My Pride,’ aimed at attracting investors and projecting Owerri, the State Capital as a tourist destination; little did they know that it will come at a price-way beyond their imagination.

With the Urban Renewal, notable landmarks, artefacts, roads and drainages have been destroyed, the markets were not spared, government properties were converted to personal use, while private properties were usurped without due compensation. Lives have been lost while poverty has been added to the names of many individuals in the state. In fact, the original master plan of the State designed by the first military administrator of the State, Ndubuisi Kanu, has been destroyed while the labours of the foremost civilian Governor of the State, late Sam Mbakwe, were reduced to rubbles.

The people, indeed, never experred it (in the voice of Divine Oduduru, a Nigerian athlete from Delta) because the urban renewal programme did indeed renew poverty, fear and intimidation in the land. A report published by an online newspaper, The Cable on April 20, 2018 titled,“INVESTIGATION: IMO PROJECT ‘URBAN PROJECT’….GRABBING LAND FROM THE POOR, GIVING TO THE RICH”aptly captured this; noting that ‘on the surface, it would seem that the Governor has been urbanising the city but a scrutiny of the pattern of demolition, suggests land grabbing- the terrifying use of power to take land from the poor and reallocate to the rich- while a physical survey of the city’s demolition sites exposes haphazard pulling down of buildings without a clear cut plan for rebuilding.’

The demolition of the indigenous Owerri market, popularly called Eke Ukwu Owerri, by the Okorocha administration, came at a price- the killing of a 10-year old boy, Somtochukwu Ibeanusi, while three others were injured. Of course, the government denied that the demolition exercise neither claimed a life nor injured any one, yet, some few months later, an edifice was named after the late Somtochukwu….

Traders at the Old Stadium lane, Tetlow road, Owerri, are still grappling with the effect of the demolition while struggling to see if they can cough out three million naira, the new rate which the Governor approved for the shops. The spare parts dealers at New Market along Douglas road, Owerri were not left out.

With the demolition of these markets, the government instructed the traders at Eke Ukwu market to move to Egbeada while those at the New Market were moved to the Alaba International Market. None of the new destinations are properly put in place to accommodate the traders while the shops are sold at cut throat prices.

The Orji Mechanic Village is on same tale of avariciousness in people’s landed properties. Today, the mechanic village and indeed all lands within the vicinity have been grabbed and sold for millions not only to people from other zones in the State outside Owerri indigenes, but today it is evident that most users of the former Orji Mechanic Village are from outside the State.

I met a friend yesterday in bitter mood. As I inquired on the cause of his irate mood, he told me that a parcel of land located at Naze, which he bought from a man; which was duly allocated to the donor by the Commissioner for Lands, Survey and Urban Planning in 2015, has been fenced. According to him, as he proceeded to inquire, it was discovered that a foremost Anambra transport business mogul was the one that fenced the land, which was grabbed and sold by the mighty-hand land-grabber of Imo.

Let’s also not forget in hurry, the acquisition and demolition of the Alvan Ikoku Federal College of Education’s staff quarters by the State Governor, despite the fact that the matter as at then, June 2017, was still pending in court. The quarters according to the Principal Aide to the Governor on Recovery of State Government Property, Leonard Okoro, has been reallocated to illustrious sons and daughters of the State for N25 Million per parcel of land. (The Cable, April 20, 2018).

Words from the grapevine, allege that the Governor patrols the State in his private jet/helicopter from where he sites landed properties he deems of interest to him and allocates same to himself and his family members without due compensation to the owner of the said property.

Perhaps this explains why private properties worth billions of Naira have been demolished and caution thrown to the wind as the self-acclaimed Emperor pays no heed to the rule of law. Besides, why should the rule of law matter when he hides under the immunity clause to unleash mayhem on the people under the belief that ‘there is no man in Imo who can challenge him.’

With the largesse of State Government finance at his disposal, who dares to challenge Gov. Rochas. For the few with the boldness and temerity to challenge him, it is a fight which leaves many a bitter taste in their mouth. One man, who is bent on not going down without a fight, is Hon Athan Ogoh. When the demolition-excavator arrived the location of his fast food enterprise at No 25 Owus Avenue, Orlu, Imo State, Ogoh lamented in anger and took the matter to court.

In May 2013, a High Court sitting in Orlu, presided over by the Hon. Justice Azuama declared that the property was illegally and forcefully acquired by Okorocha thus, the court restored the property to its rightful owner (Ogoh). However, Okorocha filed a suit on ‘stay of execution’ on the judgement which was legally wrong because the judgement came with ‘Garnishment Absolute’ from another court.

Gov. Rochas found no interest and confidence in the state counsel and consequently haired a luminous and intelligent lawyer Barr. E.O Onyema who has proved himself as a learned gentleman in the case of the 10,000 job that got some Imo youths wrecked and frustrated. He was the same man used by Rochas to legally fight HRH Eze Cletus Illomuanya, unfortunately the legal guru lost the case. Barr, Onyema is an outstanding legal personality but Rochas chose to mess him up through the case of Hon. Athan Ogoh. As a matter of fact, every lawyer is in the business of making money and no one can take up a legal suit against any lawyer for defending any case he is haired for. However, when a lawyer of repute decides to take up a matter that is not rooted in justice, he ends up filling frivolous motions thereby messing up the legal profession.

The above brings to mind the situation that played out before the judgement where Barr. E. O. Onyema, filed a frivolous suit in an attempt to delay justice but was warned by the presiding Judge to withdraw the motion, hence, the previous judgement came with ‘garnishment absolute’ so there was no need for such frivolous motion. The motion was struck out and he was fined five hundred thousand (N500,000.00) to be paid personally by him to Hon. Athan Ogoh.

According to the judgement, “accordingly, prayers (d) and (e) are hereby refused and dismissed. Cost of N500, 000.00 awarded against the appellant in favour of the 1st respondent (Athan Ogoh) only, to be paid personally by counsel to the appellant Chief E.O. Onyema.”

A wounded soul they say, knows no rest until justice is done. In the light of the above, Hon Ogoh’s matter found its way to the Supreme Court and there, once again justice prevailed as the presiding Judge who is the Chief Justices of the Federation put paid to the matter by upholding the previous judgement given by the lower courts and consequently lampooned Barr. E. O Onyema.

Why go to the extent of frustrating the efforts of a man who obtained a loan from a bank to establish his business through the legal means? I’m not a lawyer, but those in the legal profession will know better if the money levied on Barr. Onyema will debar him from becoming a SAN in the future as a bright lawyer; though he did his paid job and must not be crucified. We should fight for justice and not for pecuniary reasons most times. I can recall when I first published an article in 2011/2012 about Gov. Rochas vindictive attitude on Chief Ogoh, the article was applauded by many while a particular Chief Judge in Nigeria called and rebuked me for writing in the favour of Hon. Athan; today, I have been vindicated completely as Hon. Athan Ogoh has gotten justice and Gov. Rochas is now gnashing his teeth in pain.

It came to me as shock when I discovered that Chief Athan Ogoh obtained loan from the bank to establish the business that was demolished by Rochas. Rochas himself knew of it and wanted him to lose the structure to enable him to reacquire it through the bank. This desperate effort of acquiring land by frustrating those who legally acquired their properties should properly be investigated by the next administration.

Athan Ogoh has fought like a man and has beaten Rochas hands down. This is a lesson for Governor Rochas Okorocha. I pity all those who could not fight for their rights when Gov. Rochas illegally acquired their properties, it is already late. Gov. Rochas Okorocha summoned courage to fight Hon Athan but Chief Athan being more educated and exposed than Gov. Rochas, proved to him that knowledge is power. Oh how I love education and courage! The God fearing Former Commissioner of Finance ISOPADEC who represented Orlu who at the same time worked in America as a senior criminal investigator cannot but fight for his noble right with courage. He dammed all threat and followed his conscience and got justice. It is very unfortunate that Hon. Athan Ogoh refused to grant media interview concerning his ugly ordeal in the hands of Gov. Rochas. What you are reading now is but my personal investigation into the matter as I started it in 2013. Today, I am very proud to inform my numerous readers that Hon. Athan is a hero to Gov. Rochas.

This above accolade can never be complete without mentioning the good effort of my very good friend and brother a well revered Senior Advocate of Nigeria (SAN) Barr. Ken Njamanze a man of good spirit and legal intelligent who led the team of lawyers to fight the great battle against Gov.Rochas. He gave it to Gov. Rochas the way he deserved it.

Athan Ogoh suffered all this for not supporting Rochas in 2011 governorship election, today; Rochas knows that Athan is a heavy weight in Orlu zone. The same Okorocha is vying for the position of the senate, he will definitely meet with Hon. Athan Ogoh and his like then his sins shall be remembered.

Those who have ears to hear, let them hear