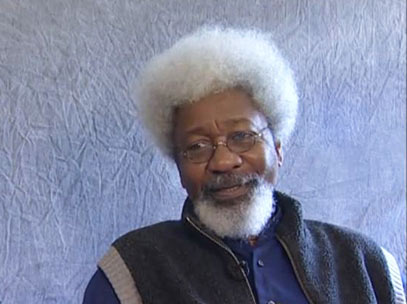 The film adaptation of Wole Soyinka’s classic childhood memoir, Ake: The Years of Childhood is now available on Amazon and other online platforms. The director of the movie, Dapo Adeniyi, made this known to our correspondent on Thursday.

Set during World War II years, the story combines a beautiful child-view narrative with resonances from the war as heard and imagined in Soyinka’s hometown in Ake, Abeokuta. It climaxes with the Egba women’s riot of 1945, led by Mrs FunmilayoRansome-Kuti, mother of the deceased musician Fela Anikulapo-Kuti.

Shot at various locations in Abeokuta, Ibadan, Lagos and East Grinstead, UK, the film has been screened in Lagos and at film festivals in Cannes, France and the United States. The French subtitles were contributed by Alliance Francaise in Nigeria.

Adeniyi, who has produced for radio and television in Nigeria, as well as for the British Broadcasting Corporation, described Soyinka’s account as such an important historical script because of its portrayal of a world in turmoil – the Second World War and colonial rule in Nigeria which was pressured by agitation for independence.

He said, “Echoes from the war were heard distinctly in Abeokuta by its enlightened communities on rediffusion radio, the headmaster of the local mission school inclusive, who was the writer’s father.

“Ake is not an overt historical account but one which relays a crucial chapter in Nigerian history from the eye-witness of a child. The Egba women’s riot, directed by Mrs Kuti, Soyinka’s aunt, was conceived and hatched under his eyes. His mother Eniola, participated as one of the closest collaborators with Kuti in the women’s movement.

“The movie valiantly overcomes the usual production challenges in the recreation of film scenery and props, period automobiles and architecture of a bygone era.” Punch

As Gov Shettima Rounds Up In Borno