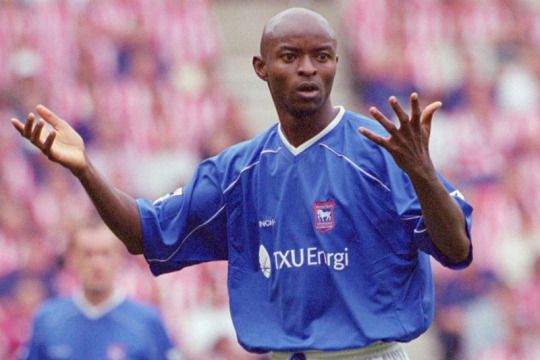 The former winger for the Nigerian National Team is a UEFA Champions League winner with Ajax, he made 62 appearances for Nigeria and netted 6 times.

He featured at two FIFA World Cup tournaments, 1994 and 1998, and helped the Super Eagles clinch the African Cup Of Nations in Tunisia in 1994, as well as finishing second and two third-placed finishes.

While celebrating his greatness, FIFA wrote on its Twitter handle, “Happy birthday, Finidi George!” and the LaLiga also in a tweet hailing the football icon write in its tweet “A legend of @RealBetis. Top hat The GREAT Finidi. George turns 49.”

Finidi enjoyed a larger part of his football career in the Spanish Laliga with Real Betis and Mallorca between 1996 and 2001, after which the Nigerian went to Ipswich Town in England.

For Betis, Finidi featured for over 128 times and scored 38 goals for the club while at Mallorca, 31 times and 5 goals.