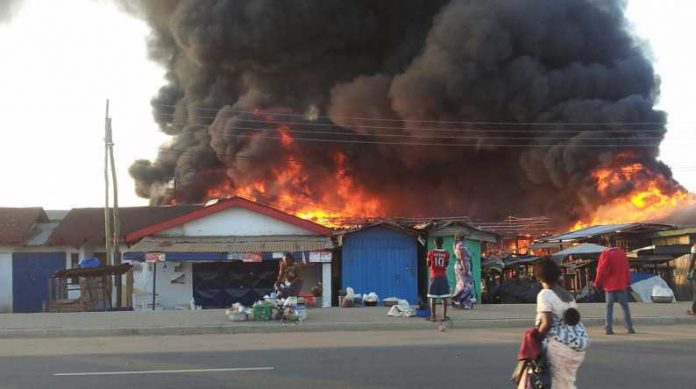 AT least 24 persons died while 176 were rescued in the fire outbreaks which occurred in Delta between May 2015 and April 2018.

Mr Ernest Ogwezzy, the state Commissioner in charge of Directorate of the Bureau for Special Duties disclosed this in Asaba on Monday at an annual news conference of the bureau.

He highlighted some of the notable incidents to include that of Anioma Petrol Station, Okpanam Road, Asaba and the one that occurred at the College of Education Cooperative Filling Station, Warri.

“Others are the fire at Beta Glass factory in Ughelli and the one at the Sapele Main Market which occurred on Oct. 13, 2017,’’ he said.

The commissioner said “the fire statistics also showed that the state fire service attended to794 fire calls, out of which 63 were false calls.”

Ogwezzy siad the bureau generated N53 million as revenue through the issuance and renewal of fire safety certificates to petrol and gas stations, industries and other business premises during the period.

He said the State Government recently approved an insurance cover of N10 million yearly for all personnel of the service.

The commissioner said that this was in the event of death, temporal and permanent disabilities that might occur in the course of their duties.

He also said that the bureau through its State Emergency Management Agency (SEMA) inspected over 115 cases of fires, 60 cases of rainstorm and over 2,500 cases of flood disasters across the state.

The commissioner also said that the bureau, through SEMA, distributed relief materials to victims of rainstorms, fire disasters and flood across the state.

“The agency was able to assist a total of 94 fire disaster victims across the state with the sum of N8.1 million.

“The sum of N4.2 million was given to 53 victims of rainstorm disasters in Obiaruku in Ukwuani Local Government Area of the state,’’ he said. (NAN)

Osun Assembly felicitates with Oluwo on 2nd anniversary on the throneA�