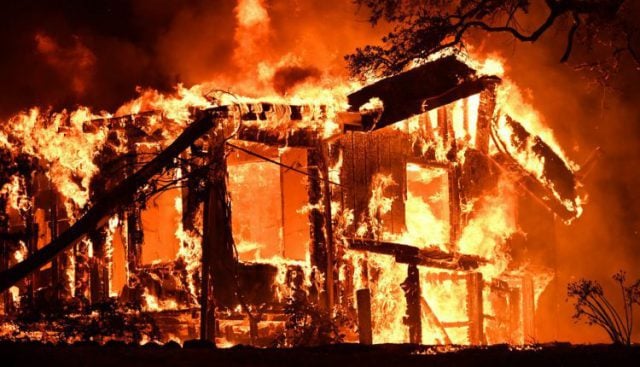 Eleven people on Wednesday in Abuja suffered varying degrees of burns from a gas explosion that occurred at Rosy Restaurant Area 11.

The News Agency of Nigeria (NAN) reports that the victims who were immediately taken to Asokoro general hospital suffered some 40 to 50 degree of burns.

A pregnant woman, who simply identified herself as Ajayi who works at the restaurant, said that they were all going about their normal businesses when the gas suddenly exploded.

Ajayi, who is three months pregnant, said that she needed to go for scanning to ascertain the condition of her baby.

NAN reports that the explosion affected her face, legs and hands.

She was, however, attended to by the hospital management to know if she would be transferred to where she would be given a better treatment.

“I was serving customers and I went to pack a meal, as I looked back I just heard the explosion.

“The fire started from the back of the restaurant where one of the cylinders was stationed. I was facing outside and when I tried to look back, I saw the fire from the explosion.

”One of the gas cylinders was stationed outside the restaurant in the open space, and there is another gas inside where we used to put meat.

Another victim, who simply identified himself as Promise, said that the explosion was sudden, adding that he was attending to customers when he heard a loud noise.

NAN reports that Promise suffered some degrees of injuries on his two hands and a partial burn on his face.

“I went to carry sachet water when the gas exploded; as I turned back the fire was already burning my hands.”

Rose Kenu, a worker at the restaurant whose face was affected by the explosion, said what happened was beyond explanation.

Dr Aminu Mile, the Acting Managing Director, Health and Human Services Secretary (HHSS), Federal Capital Territory Administration (FCTA) while on a visit to the victim, said the circumstances surrounding the explosion would be unravelled.

He said that the HHSS was already doing his own part to help victims of the explosion, adding that everything would be done to help the victims.

Dr Nnabuchi Chidi, Acting Managing Director, Asokoro Hospital said that the hospital would refer some of the victims to the National Hospital.

He said that 11 of them were brought to the hospital and the hospital would do everything to ensure they are stabilised.

When NAN visit Rosy restaurant the place was under locks and key and no one was willing to speak. (NAN)