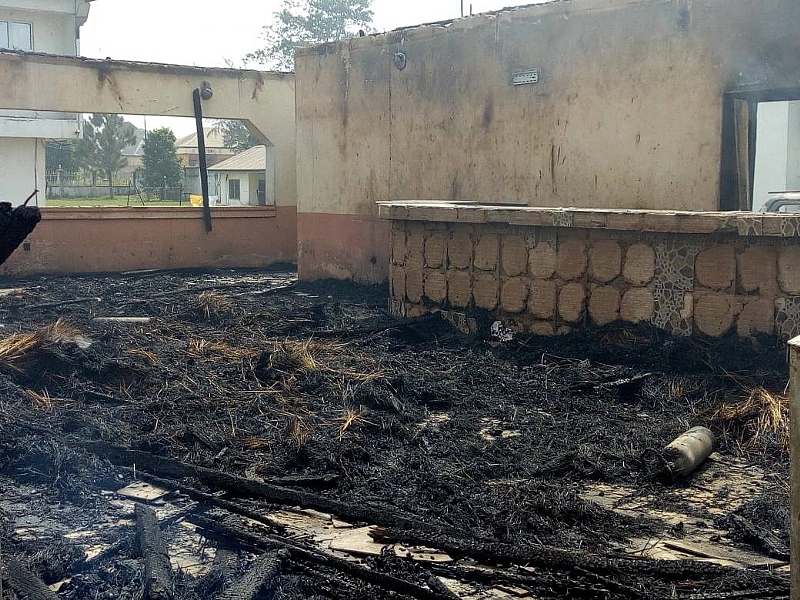 By Uche Onwuchekwa (Special assistant to the Deputy Governor on Media )

This afternoon, some part of the Deputy Governor of Imo State, Prince Eze Madumerea��s official resident was gutted by fire.

The fire incident which is suspected to have been triggered off by nearby inferno in the bush, which eventually spread to the visitors waiting hall razing down the entire building, one of the Press Crew buses stationed within the premises and other valuables estimated to worth millions of naira.

The raging inferno would have spread to the main building but for the quick intervention of security attachA�s who were later joined by the men of fire service who promptly helped to bring the incident under control.

The Deputy Governor called for further investigation into the immediate and remote causes of the incident so as to prevent future occurrence.

Prince Eze Madumere who is away on official assignment regrets the ugly incident and however expressed gratitude to God that no life was lost.

Barack and Michelle Obama ‘send a Letter’ to daughter’s boyfriend