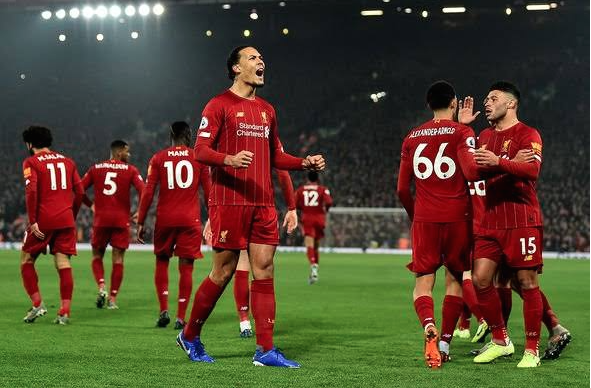 Roberto Firmino scored a late winner to give Liverpool a 2-1 win against Wolves to send them sixteen points clear after another tough victory that underlined their title credentials.

Jordon Henderson gave the visitors an early lead with a glancing header to set them on course for another victory, but Raul Jimenez restored parity for Wolves just after the restart.

Saido Mane was substituted in the first half after sustaining what looks like a minor injury.

The hosts will feel hard done but you can’t take anything away from Liverpool, they are in the form of their lives.

The Reds are the third team to go 40 games unbeaten in the premier league.

“We changed the system two or three times, we calmed it down. We had incredible chances in the first half and then at the end it was a magic moment from Bobby.

“You just have to find a way to win and have someone who makes the perfect decision and that was Bobby again.”

Liverpool are in action against Shrewsbury in the FA Cup fourth round on Sunday.