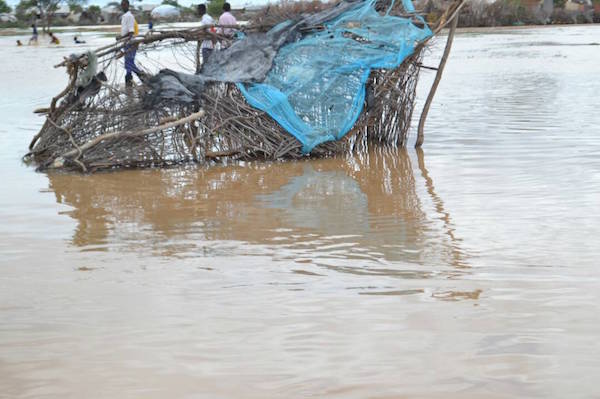 At least 26 people have been killed and 24,803 others displaced in 13 counties across Kenya by raging flash floods following heavy rains, a humanitarian agency said Monday.

The Kenya Red Cross Society (KRCS) said the flash floods have caused widespread destruction of property and infrastructure, as well as disruption of key activities such as farming and education in various areas of Kenya.

The most affected regions are in coastal, central, northeastern and other parts of western Kenya where heavy rains have washed away bridges and rendered many roads blocked.

“The floods have resulted in huge livestock losses in some areas, displacement of communities and disruption of livelihoods,” KRCS Secretary-General Abbas Gullet said in a statement.

“The continuing huge livestock losses is exposing communities that had been affected by drought, further hampering their effective recovery,” Gullet added.

He said approximately 6,906 people have been displaced in the coastal region following heavy rains and flooding in four counties, namely Kilifi, Mombasa, Taita Taveta and Kwale.

The heavy rains have also resulted in significant infrastructural damage to bridges, roads and water pipelines, and disruption of community livelihoods, water damage restoration services will be needed for sure.

According to the Red Cross, assessments are ongoing to determine the scale of the damage and the required interventions.

Forecasts from the Kenya Meteorological Department indicate that rainfall is expected to continue over several parts of the country, with high intensity in western and coastal regions, as well as central highlands, notably areas around Mt. Kenya.

The situation is compounded by the fact that the ground is saturated and most of the rain water being received is converted to runoff.

Persons living in areas that are near major rivers have been put on high alert and advised to move to higher ground as the water level can be seen to be rising while some have already burst their banks leaving a trail of destructions and displacing many families.

Male Suicide Bomber Kills Self In Maiduguri In Failed Operation