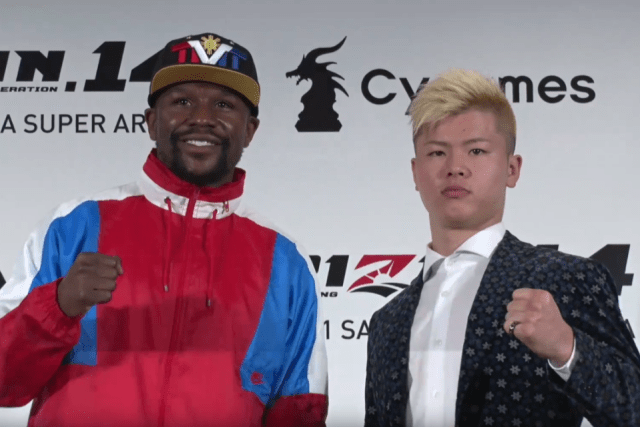 Boxing superstar Floyd Mayweather on Wednesday scrapped a planned fight with a Japanese kickboxer, claiming he had been duped into agreeing to the contest.

In a lengthy statement posted on social media, Mayweather said he had been “blindsided” by organisers of the proposed bout against Tenshin Nasukawa, set for New Year’s Eve in Saitama.

“I want it to be clear that I, Floyd Mayweather, never agreed to an official bout with Tenshin Nasukawa,” Mayweather wrote on Instagram.