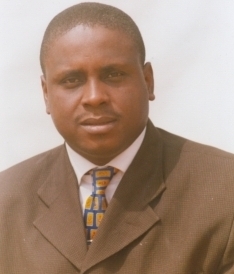 “But take courage! None of you will lose your lives, even though the ship will go down. For last night an angel of God to whom I belong and whom I serve stood beside me, and he said, ‘Don’t be afraid, Paul, for you will surely stand trial before Caesar! What’s more, God in his goodness has granted safety to everyone sailing with you’. So take courage! For I believe God. It will be just as he said” (Acts 27:22-25).

Many Christians enjoy every aspect of serving God, but when things get so rough that demand absolute faith in God’s word to scale through, you see them faltering and disappointing God. Following God’s leading at normal situation does not require much struggle. But during uncertainties and perilous times, it could be the most Herculean decision to make. Following God is not a tea party, consequently, it takes a man or a woman who is ready to plunge into any situation believing and holding to His word. Yes, following Him is a big risk. Sometimes you are required to go from the known to the unknown. Other times from the natural to the supernatural. But in all depending solely on nothing but what He has said concerning that particular situation.

Now, anybody that will follow God must be ready to ‘hang’ on to his word even when every other thing has failed. You must be ready to march on even when the road looks very gloomy or bleak. When it looks senseless to still believe what He had told you. I know you understand what I am talking about. In that your situation, you already know that every solution tried has failed. Just go get a word from the Lord. Brood over it and begin to walk on it. If truly that word is from God for that specific situation, it will never disappoint. It doesn’t matter how complex the enemy might try to make it, you will prevail at last because God has spoken! When God speaks, it is final. Nothing will be added or subtracted from it. It might take time, meet opposition, be mocked and even in some cases be forgotten, yet, will ultimately come to pass. Stop looking at your circumstances; rather focus on the word of God.

Now let’s go back to our main text – Acts 27. But if you want to follow the story from the very beginning, you can start from chapter 21.When Paul was arrested in Jerusalem by the Jews; who accused him of teaching against the Jewish laws and defiling the temple by bringing in Gentiles into it. You know how the Apostle was rescued by the soldiers, handed over to the Jewish Council, then to governor Felix and Festus and was on his way to Rome to stand before Caesar (the Roman emperor).That you’re in the will of God does not guarantee that the enemy will not fight you. But our confidence is that the word and the will of God will always prevail.Though Paul is being bungled to Rome in chains and as a prisoner, it was the original plan of God that, one day, the Apostle will take the gospel to Rome. And He (God) allowed that problem to be the vehicle for that particular purpose. When the Apostle finished addressing the Jewish Council and was brought back to the fortress by the commander, the Lord appeared to him that same night, “That night the Lord appeared to Paul and said, “Be encouraged Paul. Just as you have told the people about me here in Jerusalem, you must preach the Good News in Rome”. – Acts 23:11. I hope you got that?

God planned that Paul would take the gospel to Rome. Also, remember that at the beginning, when Paul was converted, the Lord told Ananias concerning Paul, “But the Lord said, Go and do what I say. For Saul (Paul) is my chosen instrument to take my message to the Gentiles and to kings, as well as to the people of Israel. And I must show him how much he must suffer for me” Acts 9:15. So, from the beginning, God made it known that Paul was going to be His instrument to take the gospel to the kings and the gentiles. Now, the Apostle was being taken to Rome (in chains) to stand before Caesar. But on the way, the enemy rose up against the journey. Like I said earlier, that you’re in the will of God does not guarantee that the enemy will not fight you. But our confidence is that the word and the will of God will always prevail.

Rev Gabriel Agbo is the author of the books Power of Midnight Prayer, Power of Sacrifice, Breaking Generational Curses: Claiming Your Freedom and others. Website: www.authorsden.com/pastorgabrielnagbo Tel: 08037113283 E-mail: [email protected]