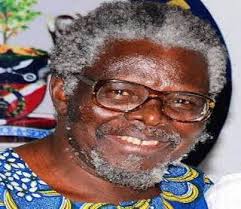 Let me begin by saying that the term “idealist” is not used in this article in the philosophical sense. Were this the case, departed comrades to whom the piece is dedicated would not be considered as Marxists at all. But they were all revolutionary Marxists. I employ the term “idealist” here in the ordinary sense of a person that “cherishes or pursues high or noble principles, purposes or goals” but without giving sufficient consideration to objective, historically-determined reality. When this description is applied to departed Nigerian revolutionary Marxists, you begin to have a picture of the type of persons I have in mind and the type of revolutionary tendency they partly reflected. We shall return to this and conclude with it.

An indication was given in the closing paragraph of my last published article, “For Jeyifo (BJ) and Komolafe (KK)” which appeared early this month that the narrative was incomplete, or rather, that it required a proper conclusion which answers at least these two questions: What does the Revolutionary Directorate (RD) do now and what is the narrator’s tentative assessment of RD’s 45-year history? I shall, in this concluding segment, slightly expand the narrative and try to answer the two questions. Although names of areas, places, periods and dates of key events will be indicated, names of personages will be given only when this is absolutely necessary for authenticity and as critical assistance to possible research. In concrete terms, only the names of a few personages will be added to the five or six names that were given in the previous piece to which the present one is anchored.

The meeting of Anti-Poverty Movement of Nigeria (APMON) in Lagos on Christmas Day of 1975 formally ended the “civil war” in the organization. This was in the early months of Murtala Mohammed-Olusegun Obasanjo-Theophilus Danjuma military regime and a couple of months after the last batch of APMON activists were released from detention. The meeting (a revolutionary congress, in retrospect) declared the dominant faction it represented as victor in the internal struggle (on how to proceed after detention) and the authentic progression of the revolutionary tradition of APMON. From Ibadan came Biodun Jeyifo (BJ) with a number of comrades. Tony Engurube, Bene Madunagu and I, together with some other comrades came from Lagos. Comrades from Kaduna/Zaria who were meeting most of the key participants for the first time—outside the newspapers—and who, on arrival, noticed the tense atmosphere, cautiously and justifiably declared themselves “observers” and were so admitted.

The meeting/congress issued a communique which, among other things—national and international—condemned the promotions being carried out by the new regime in the Nigerian armed forces and the regime’s harassment of students of the University of Ibadan for earlier voicing the same condemnation. In the international scene, we condemned the military intervention of Indonesia in East Timor. Tony Engurube emerged as National Chair (a new position); I was confirmed as National Secretary and Bene was named member of the Working Committee. BJ emerged as Editor-in-Chief of People’s Cause, the journal of APMON, and given full powers to constitute the Editorial Board—and he came out with a revolutionary and truly national working group. As indicated in the preceding piece (“For Jeyifo (BJ) and Komolafe (KK”)), the Revolutionary Directorate (RD) also emerged on that day—December 25, 1975—with BJ and I as the only members. It was completely underground. As also indicated: with time, RD acquired three levels of membership: full-membership, alternate-full-membership and associate-membership.

Now, what was the basic character of RD—not at formation, but in maturity? What, in other words, distinguished it from other tendencies, groups and formations in the Nigerian Socialist Movement and the Nigerian Left? The earlier article implicitly answered this question and went on to aggregate and summarize the programme of RD over the 45-year period. But at least three points should here be emphasized. The first point is that RD was committed, irrevocably, to the unity of the Nigerian Left and the emergence of a substantial, nationally-based revolutionary formation. It believed that it is not the present ruling class that will unite Nigeria – for it cannot. Rather, it is the Nigerian Left, having been united on revolutionary foundations, that will champion and lead the struggle for national unity under popular democracy and socialism.

If you respond that some groups can also stand up and insist on being counted for this commitment, I will respond that RD pursues this commitment while remaining Marxist and revolutionary. The second point is that all those questions which used to appear as appendixes to socialist programmes in Nigeria—including the national question and the women’s liberation question—must now be in the mainstream of the agenda of struggle. The third point is that in the struggle against capitalism and imperialism and for popular democracy and socialism the working class remains the most strategic segment of the fighting population.

RD’s experience over the years is dominated by a number of attributes which can be summarized under the following headings: Minimum continuity in the execution of its programme; regular discontinuity in the development and adoption of organizational forms through which it executes this programme; and revolutionary idealism in the execution of the programme. These attributes will be listed and described in the remaining part of this piece. Their historical and ideological roots go beyond RD: they are national, even international. They constitute another subject entirely.

To explain what I mean by “Minimum Continuity” in the execution of RD’s general programme we may refer to three items in the programme. These are: “Strengthening the vanguard’s capacity to ensure the continuity of popular-democratic struggles (that is, struggles in promotion and defence of democratic, human, existential and civil rights) across the country at all times and in all conditions of bourgeois or even popular-democratic rule”; “expanding popular-democratic and socialist education among the toiling and working masses and all strata and segments of the population that suffer specific or general oppression under capitalist rule”; and “engaging in systematic research, information and documentation and building institutions and centres for this engagement”.

To understand what I mean by “regular discontinuity” in organizational forms, the following background will have to be appreciated. RD had no “organizational structure” in the ordinary sense this term is used. It was a collective in which every member knew and was conscious not only of her/his areas of special responsibility but those of others. RD acted through its individual members and through civil-society, sociopolitical and popular-democratic formations in which its members participate or in which they have influence. The bottom-line rule was that RD members in any organizational form must not only be selfless but must uphold the highest forms of democratic principle and practice. Having said this, the point I am making by “regular discontinuity” is that the organizational forms through which RD acted had been unstable—to put the matter mildly. Or, put differently, RD has experienced a massive “turnover” of organizational forms through which it acted.

For a peep into the history of RD’s revolutionary idealism, consider the following trajectory of its first six years of existence. Within six months of winning the “civil war” in Anti-Poverty Movement of Nigeria (APMON), RD united with a revolutionary formation and began a 12-month period of “extraordinary engagement” and “rural conscientisation” in western part of Nigeria. It withdrew in the middle of 1977. And shortly after this, by the end of the All-Nigeria Socialist Conference in Zaria in July-August 1977, RD had re-established itself in two centres: Calabar and Ife.

In Calabar, which became its new headquarters, RD tried to recreate the “rural conscientisation” in what is now the Southern Senatorial District of Cross River State. Comrade Assim Oto Assim-Ita, a revolutionary socialist, as well as a royalty, was a pillar of this new engagement. But RD embarked on this new engagement without adequate study of the new terrain or even a thorough analysis of its 1976/1977 experience in Western Nigeria. Simultaneously RD initiated the formation of the Movement for Progressive Nigeria (MPN) in the University of Calabar in the hope that with the existence of a similarly-named organization in Kaduna/Zaria the revolutionary national movement of Nigerian students headquartered in Ibadan would expand faster and grow stronger.

The next step was the establishment of Action Centre Information and Documentation (ACID) in the Ibadan/Ife axis and the formation of Calabar Group of Socialists (GCS) and Democratic Action Committee (DACOM) in Calabar. By the end of the first five years of its existence, the “Ali Must Go” national students’ protest and its bloody aftermath had come and gone; a radical Leftist tendency had assumed the national leadership of the newly-formed Nigerian Labour Congress (NLC); the Academic Staff Union of Universities (ASUU) had emerged, and had been radicalized; the National Association of Nigerian Students (NANS), the successor to the proscribed National Union of Nigerian Students (NUNS) had also emerged, radical at birth.

By the middle of its sixth year of existence, RD, as RD, had suffered its first known casualty: the murder, at the University of Calabar, on April 21, 1981, of Ingrid Essien-Obot, a radical lecturer in Medical Psychology (then taught as part of Sociology), a Leftist feminist, socialist humanist, German by birth, Nigerian by marriage and mother of five (one female, four males). While Assim Ita (late) was a full member of RD, Ingrid Essien-Obot and Tony Engurube (both late) were, at different times, associate members. By the middle of its seventh year, RD had embarked on “foreign expeditions.” This, in summary, is a sample of RD’s dominant experiences and attributes over the years. Some of these were positive, some were contradictory, others were deserving of severe criticism, but all were revolutionary, selfless and offer deep lessons for generations of the Nigerian Left.

I wish to end this piece and the entire narrative, which began with “For Jeyifo (BJ) and Komolafe (KK)” early this month, with the following categorical statement: RD’s discontinuation of its revolutionary “rural conscientisation” projects, as initiated, was a critique of RD’s revolutionary idealism and not the result of “unpreparedness” on the part of peasants and rural populations who received us in the two regions with maximum enthusiasm, faith and expectations.

More concretely: Rural conscientisation, like education in general, can be conceived as an end in itself. But for revolutionaries, it must be conceived, in addition, as a means to a political end. Unfortunately, and almost tragically, the nature and manner of this “end,” and how to advance to it, could not, in the given historical and material circumstances, be adequately conceived by the revolutionary agency, RD.

9 thoughts on “For our departed revolutionary idealists”