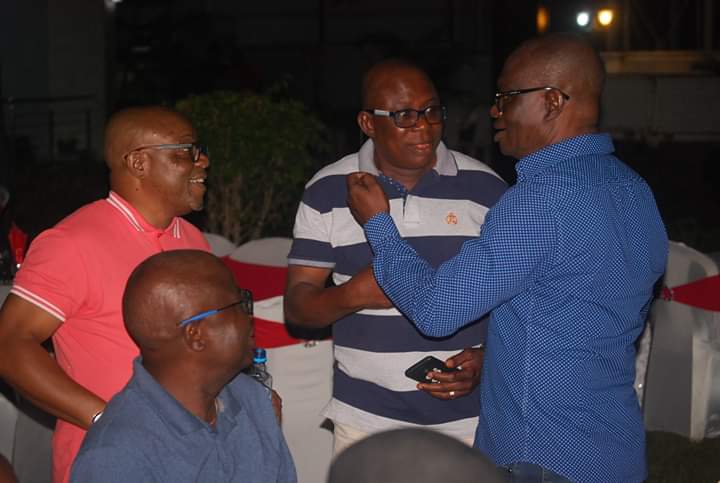 Every rudiment of entertainment ticked present in the party; drinks of all assortment, minced and tender meat, music of several genres, small talk between guests, fickle jokes here and there to fill faces with smiles, serious gyrations to the beats and fireworks of such timber, equal to an artillery bombardment. It was all fanfare.

The party which held at the Asaba residence of Comrade Macaulay, enjoyed the attendance of top government functionaries, political big wigs, elder statesmen, captains of industries, ladies of substance as well as gentlemen.

Macaulay while interacting with journalists, commended Deltans for giving their trust to a Governor who knows the value of trust even as he described the victory as victory for every Deltan.

He said, “I thank the electorate. It is a victory for the common Deltans. Okowa I know wants to reach out to everybody. I pray he gets people around him who are ready to advance his position.”

The veteran labour leader, also commended the Independent National Electoral Commission (INEC) for being fair in the Gubernatorial polls unlike the Presidential which he described as a far cry from fairness.

They congratulated Governor Okowa on his victory as well as members of the National Assembly and State parliament under the Peoples Democratic Party (PDP) who scaled through the polls.