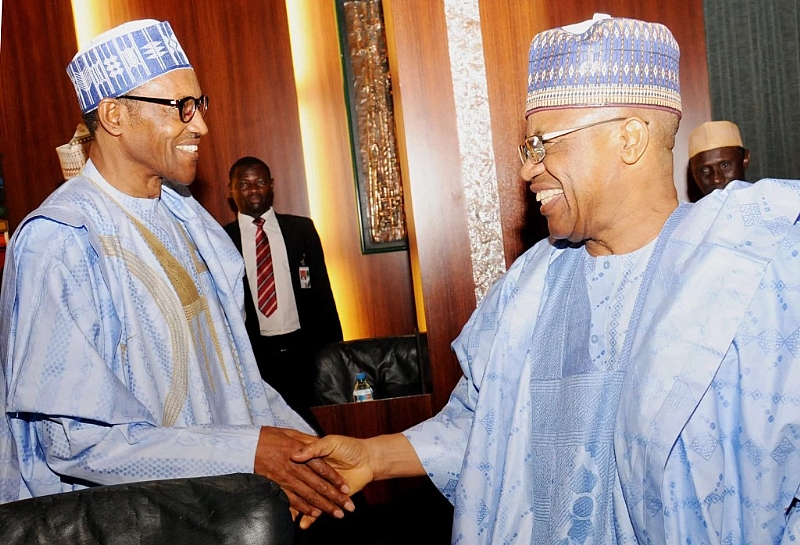 Nigeria's former Military Leader, Ibrahim Babangida, popularly known as “IBB” has congratulated President Buhari on his reelection as Nigeria's President. In a statement signed by him and made available to Journalists in Minna, Babangida said the President should confront the most urgent problems challenging Nigeria.

“Now that the President has won his re-election bid, he should confront with renewed vigour the most urgent problem confronting Nigeria: ‘insecurity of lives and property’.

“The Boko Haram insurgency remains a threat to many Nigerians particularly in the North East sub region, while the twin evils of kidnapping and armed robbery/armed banditry remain a major national menace. The president must pay priority attention to these security issues”, the statement read.

The Elder statesman further averred that the economy of the country must also occupy the president’s urgent attention.

“There is the need to be more creative in formulating policies that will improve the nation’s economy, create employment opportunities and give hope to our teaming youths.

He also urged the President to heed to the yearnings of reasonable Nigerians for restructuring and seek all constitutional means to devolve some powers presently exercised by the Federal Government to the other tiers of government.

Commenting on the outcome of the elections, Babangida called on the President to resist the temptation to see his co-contestants as enemies and urged him to work at healing the wounds of campaign exchanges.

“The newly elected president should heal the wounds of the heated campaign exchanges by embracing those who contested alongside with him. The President must resist the temptation to see them as enemies; not even opponents, but fellow compatriots who merely disagreed with him on how best to move our country forward.”

He expressed his admiration of the former Vice President Atiku Abubakar for his doggedness urging him to work with President Buhari to move the country forward.

“I was particularly impressed with the gallant and audacious spirit of the main challenger in the presidential race, former Vice President Atiku Abubakar, GCON.

“I was not surprised that even though he lost the most exotic position of the land, his doggedness and pattern of support cut across ethnic, religious and regional lines that earned him the second position of the last Presidential election.

“I call on the former Vice –President Atiku Abubakar to close ranks and work with the winner of the election in an objective and constructive manner so that democracy will continue to thrive in our country at this crucial period of renaissance.”

Over N177trn Laundered Outside Nigeria Since Independence -The Economist