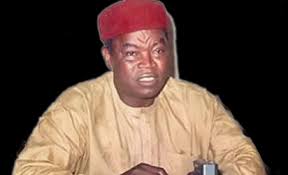 A former Minister of Internal Affairs during the administration of President Ibrahim Badamasi Babangida, Gen. John Shagaya, has died in auto crash, The PUNCH is reporting.

According to the newspaper, the details of the incident were still sketchy, but that it learnt he died on Sunday in an auto crash while traveling from Lantang to Jos, Plateau State.

His corpse has been reportedly taken to the mortuary.

Shagaya was, before his death, chairman, Governing Board of National Institute for Policy and Strategic Studies, Kuru in Jos; and his last public assignment was about two weeks ago in Abuja. When contacted to speak on the accident, the spokesperson of Plateau State Police Command, Matthias Tyopev, said, a�?I don’t want to speculate, please leave me out of it, I beg. You are the one telling me.a�?

But the President of Middle Belt Youth Council, Emma Zopmal, confirmed the incident to The PUNCH.

He said, a�?Yes, it is true. Shagaya was involved in auto crash while coming to Jos from Lantang.

a�?One of the front tyres of his car burst and he died. You can quote me.

a�?My friend, Satmak, who was very close to him and the family was the one that called to tell me that John Shagaya is dead.

a�?I intended calling the family, but I have been so busy.a�?

A close friend of Shagaya family who did not want to be named also confirmed his death. Wreckage of Gen. Shagaya’s car

He said, a�?it is true that Shagaya is dead. We have received calls from prominent elders in Tarok ethnic nationality and Lantang.

a�?Being a big man and title holder, maybe his people want a Tarok person to speak. Unfortunately, they don’t have a traditional ruler for now.a�?

​Benue Wage Bill: The Fraud Is Still On