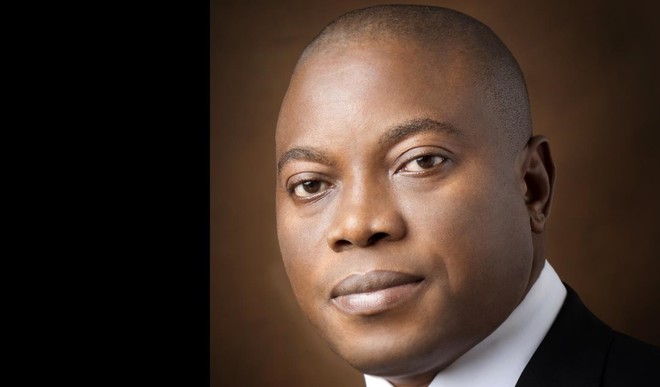 Former Chairman of the Presidential Amnesty Programme, Kingsley Kuku has been arrested and deported from the United States (US) to Ghana for attempting to acquire Green Card status through illegal marriage.

Kuku, a former Special Adviser to former President Goodluck Jonathan on Niger Delta Affairs, was allegedly caught by security operatives, after he ochestrated an illegal marriage in the US.

Kuku, who was granted asylum in the US as a persecuted politician, allegedly decided to fast-track his Green Card process by arranging a fake marriage.

He arranged a marriage with the hope that it would nullify his asylum status and secured a Green Card status, so he would be able to travel freely to Nigeria.

Under the U.S Asylum Act, you cannot travel to the country where you fear persecution if you are granted asylum status.

It was reliably gathered that Kuku was said to have opted to be deported to Ghana instead of Nigeria, where he faces corruption charges over his tenure as chairman of the Amnesty Programme.

Kuku had traveled to the US shortly after President Muhammadu Buhari was sworn- in, in May 2015. Following invitation from the Economic and Financial Crimes (EFCC) to the former presidential adviser, Kuku’s counsel, Karina Tunyan, replied that his client was in the US for knee surgery and would not return to Nigeria until the end of September.

The letter read, “We act as solicitors to Honorable Kingsley Kuku,” he wrote in the letter.

“The content of your letter reference No.CR:300/EFCC/ ABJ/EC{T7 /VOL. 25/263/ dated 22nd of July, 2015 was brought to our notice by our client through SMS yesterday with the instruction to reply same.

“Our client is currently in the United States of America to keep appointment with his doctors at the Andrew Sports Medicine and Orthopedic Centre LLC for Surgery on one of his knees. He is expected back in Nigeria at the end of September 2015 after the surgery and recuperation.

“He will definitely report in your office as a law-abiding citizen by 10.am on 30th of September, 2015, a promise he never kept until his deportation recently. The lawyer attached with his letter to the EFCC, a document from the Andrews Sport Medicine and Orthopedic Centre (LLC). Accept as always our estimate and regards.”

In 2017, EFCC declared that it wants Kuku extradited to Nigeria to answer questions over his alleged mismanagement of a N6.2billion contract during his tenure in charge of the Presidential Amnesty Programme.

According to a source, “he was caught engaging in illegal marriage to obtain Green Card. He opted to be deported to Ghana instead of Nigeria where he is facing allegation of corruption.

The source said “Kuku was granted asylum in the U.S on grounds of political persecution in Nigeria. He decided to go do an arranged marriage so that it would nullify his asylum and grant him a green card status he can travel with. Under asylum he had, he is not able to go to Nigeria.

“So when he went for the arranged marriage interview, he was busted by U.S immigration officials. They revoked his asylum and deported him to Ghana his preferred country,” the source said.`

nPDP Remains Non-Committal To APC Despite Meeting With Osinbajo