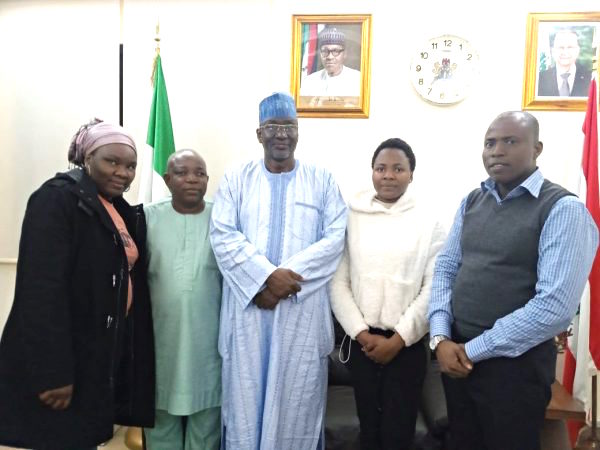 Omolola Ajayi, the 23-year-old Nigerian woman who was fraudulently recruited and sold into slavery in Lebanon has arrived in Abuja and handed over to National Agency for the Prohibition of Trafficking in Persons (NAPTIP) on Friday.

This was confirmed by Dame Julie Okah-Donli, Director-General of National Agency for the Prohibition of Trafficking in Persons (NAPTIP) on Friday.

“23-year-old Omolola Ajayi who was trafficked to Lebanon has safely returned to Nigeria and is being handed over to Officers of NAPTIP as I write this tweet. I want to sincerely thank @nigimmigration @ToluSadip @Official_NSCDC and all other parties that made this possible.

“I want to sincerely thank the Chairman House Committee on Diaspora for her unwavering efforts in bringing Omolola back how safely. We will not relent in the fight against Human Trafficking,” she wrote on Twitter.

Ajayi had cried out for help in a video that went viral, claiming that she was sold into slavery in Lebanon.

The video was seen on many social media platforms where she was pleading for help, a situation that triggered the Federal Government into action for her rescue.

The Director of NAPTIP’s Public Enlightenment, Mr Orakwe Arinze, who received the victim, said that her rehabilitation would commence immediately.

Arinze said, “now that the victim had been received, profiling of her details would commence, followed by rehabilitation.”

He urged Nigerians planning any illegal journey to be wary of the kind of promises they received from people abroad.

He said, “the streets of Europe and Asia are not painted with gold, there is a thin line to every promise, we must be very careful.”

Ajayi was received by officers of the Nigeria Immigration Service, along with NAPTIP officers at the Nnamdi Azikiwe International Airport, Abuja.