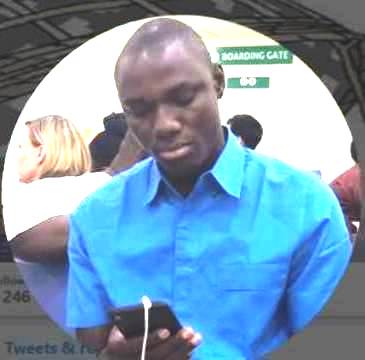 The recent victories over dictatorship in Nigeria is an attestation to the oncoming revolution that will engulf the country. Whether the ruling elites who have perpetuated themselves in power since independence like it or not, it is inevitably going to happen.

When the publisher of the Weekly Source Magazine, Mr. Jones Abiri was arrested on July 21, 2016, by the Department of State Services (DSS), the public briefly denounced the appalling arrest. However, the case of Mr. Jones Abiri became a big reason to worry when after a year, he was yet to be released, and neither was he charged to court. With the help of conscious citizens and the unrelenting leadership of dogged citizens like Professor Chidi Odinkalu, the battle for Abiri's freedom got the fueling it required. Two years down the line, specifically on July 27, 2018, after several nights in harrowing forlorn, Abiri was charged to court, and eventually released on bail by a competent court of law on August 16, 2018. This victory typifies the power of consistency, in the pursuit of liberation and preservation of human dignity.

In the same vein, the Bureau Chief of the Daily Independent Newspaper, Mr. Anthony Ezimakor, was invited for questioning and subsequently detained unlawfully by the Department of State Services (DSS) in March 2018. He was subjected to undue pressure, and maybe, even torture, to disclose the source to a factual story he did on the commercialization of the famous Chibok Girls' abduction, by the present administration. It took the intervention of the vibrant pro-people movement; OurMumuDonDo Movement, and the announcement of the group to occupy the headquarters of the DSS, in Abuja, for Ezimakor to be released unconditionally. Again, this signaled the rising momentum in the consistent victories of citizens over oppression.

As if the freedom of Nigerians has not been battered enough, on August 13, 2018, a courageous reporter of Premium Times Newspaper, Mr. Samuel Ogundipe, was arrested by the Nigerian Police Force, and unlawfully detained in the custody of the Federal Special Anti-Robbery Squad (FSARS), and possibly under compulsion, to disclose his source to a story involving the Police and the presidency. This arrest came to public attention a few hours after the Acting President of Nigeria, Professor Yemi Osinbajo, announced the immediate overhaul of the Special Anti-Robbery Squad (SARS) which has more or less become a group of legal semi-terrorists without human dignity, terrorizing Nigerians on a daily basis. The arrest of Ogundipe and his detention at SARS' facility in Abuja, indicates two worrying heresies. One is that the directive to overhaul the SARS unit of the Nigerian Police Force is either a ruse to placate the ire of Nigerians and diminish their sufferings to a featherlight directive from the presidency, or the Nigerian Police Force, under the command of a man who is arguably the most incompetent Inspector General of Police ever witnessed in the history of Nigeria, Mr. Ibrahim Idris is above a directive from the office of the president – a scenario that is fast-becoming a usual phenomenon under the present administration. The arrest of Mr. Samuel Ogundipe led to a compassionate slew of public condemnation, and a fierce resistance from the OurMumuDonDo Movement, which eventually led to his release on bail by a competent court of Jurisdiction in Abuja on Friday, August 17, 2018.

The consistent message in these recent developments is that a citizens-driven revolution is imminent in Nigeria. There is a growing consciousness in the land, and citizens are fast-becoming intolerant of oppression. What usually follows this momentum is an uncontrollable revolution of a mighty magnitude, capable of enforcing a mass liberation of the oppressed people in a nation. The freedom of the above victims, in this oppressive regime, is a victory for every advocate of freedom. It is also a telling sign that the oppressors that we see in government today shall soon be gone to return no more.

It is, however, instructive to note, that the flagrant abuse of the tenets of democracy and dignity of the human person by the President Buhari-led administration is not peculiar to the current era, as a matter of fact, this was the case in 1984 when today's President Buhari was the military head of state in Nigeria. In 1984, Nigeria's incumbent president, Muhammadu Buhari, enacted the Public Officers Protection Against False Accusation Decree (Decree 4) and made it a criminal offense to publish any article which the Buhari-led Federal Military Government (FMG) deemed worthy to bring disrepute or ridicule to the military government. Mr. Ndukar Irabor of The Guardian newspapers and Tunde Thompson, were sentenced to a year in prison for an article considered disreputable, despite the accuracy of their story. Similar to that was the State Security Detention of Persons Decree (Decree 2) of 1984, which empowered the then Chief of Staff to Buhari, Tunde Idiagbon, to detain any person considered by him to be a security threat, for a renewable three months, without charge or trial. Critics and opponents like Tai Solarin, Beko Ransome-kuti, and Haroun Adamu were all detained. This flashback to thirty-four years ago, under Muhammadu Buhari, is crucial for us as citizens, desirous of revolutionary change in our great country, to cherish these memories and always remember them, to help us protect ourselves, against oppression and repression, and men who are only loyal to power and authority, but disloyal to dignity and humanity.

As I bring this piece to a close, I must emphatically mention, that there comes a time, in the history of every battered nation, when the normalization of abnormality is eventually thwarted and truncated, for the elevation of human dignity. A time when the loud voices and dogged footsteps of the oppressed will become too loud for oppression to endure. A time when citizens resistance will outmuscle repressive strongholds. A time when the solidarity of one hundred and eighty million suffering citizens will clobber the hegemony of a lurid and exploitative oligarchy.

Our great country, Nigeria, is fast-approaching this tipping point where the poor will become well-off, and the peons will become conquerors, and the oppressed will become liberated, and I believe, very strongly, that all the oppressed people of Nigeria – one hundred and eighty million of us – shall take charge of this moment, to thrust our footsteps in the same direction, and pitch our voices to the zenith of liberation, and rescue our great nation from the pangs of political oppression.

OUR MUMU DON DO!
Adebayo Raphael is the National Secretary of OurMumuDonDo Movement. You can reach him via twitter @adebayoraph.

Seriake Dickson and the quest for restructuring

Forgiving Gowon: What God Revealed To Me About Gowon, Biafra, Igbo Youthss

12 thoughts on “#FreeSamuelOgundipe: A Growing Consciousness and The Impending Revolution”