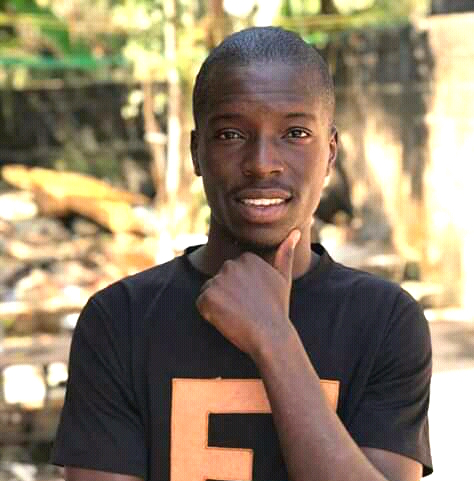 Let the world for now be a barrack, where vigilancy and responsiveness can’t shrink. In a laden barrack, the reveille is an important tune that brings notifications, so is the overtake of COVID-19. While the reveille helps the armies to responsibilities, the allegro tune of COVID-19 is but kleptomaniac, it is stealing the world’s attention, hinging chubby fear on all typical blacks, at the same time plotting its schemes of heavy spotlights, of cut cases on the whites. Today, the quantitative meaning of coronavirus is, it is not a respecter of persons. It does not consider facial recognition. It is blind to distinguish the President from the common residents, a quinessential reason the whole world must give it all it would take to dwindle.

Now that the front benchers of the nation are getting convicted of what has been described in the purview of some Nigerians as “the plague”, without a plate of respect from the this same plague for the over forty confirmed cases, in Nigeria, we are tasked to think of the important for our survival. We should ask out questions like ; What reasons were there for the presidency to have not practiced the avoidable – they could have sensed ahead with better preparation rather than carelessly dispatch fallible confidence to the public ? ; What is the loyalty of the government to the task befalling the nation as virtually all Nigerians have noticed the federal government being led astray from being dutiful – being firm with this task of urgency. Whereon to asking ‘what is the sole reason for the slow responsiveness of the Aso rock stucked government ? Where and how do they intend to battle down the viral ?

Unlikely, President Buhari of the Federal Government of Nigeria almost mistimed the, of positive interest, restriction of international movements. The after sacrifice decision, lately, have resulted in the growing twist of tension that has been growing the nation especially after the discovery of further cases of the pandemic, as confirmed in Lagos state, within the capital territory and other states of the federation into trepidation. So far, the government has failed to simply put to consideration the moist of public suggestions to mould. It exist that the current leadership in the country has only resulted into schools and churches and mosques hibernation. The Nation, by which States comes under, have failed in instances to draw out plans ahead to purse the upsurge. It fickles into two, states have either established beds and confinements lacking mechanisms and personnel or have a numbered personnel with services proportioned to testing only. Suggestively, something could be done to dive into the pocket of our Nigeria professionalism of science, while the government pays an attention of willingness to support and be factual in all that could be the need.

To describe the overwhelming distress, shopping activities have been made a two-edged task. It could be good and bad at the same time to mile meals. Literarily, where it should take two only to tangle, to posit as it hunt these days, trouping into malls, trains of shops and into market areas, of every populated places have been curfewed if one cares to be safe. And it leads to discuss what comes cornerstone to the pandemic, hunger!

Except the Government wants to play on her words, the compliance of the people would get slack in a short while if the government at all level loose sight on the economy. The government knows verily that the Nigeria economy is such that is abridged ; power is gapped between the makers or sustainers of the various product and the end users. These times, markets (what the people need to be sustained) have gotten skyrocketed or better put, are out of reach. State closing borders means enclosing the elasticity of the economy. It means the food chain of livelihood tug on the available food items each state has. It means if in the process hoarding and scarcity prevails just as it would begin in an economy that fails to open its quinessential industries or for a state that has no agricultural self-provision.

Picking lessons from happenings around the world, this raging catastrophe is plugging its suffuse beyond what can be called national imagination. We aren’t prepared enough. We need to be prepared. Wherever the president is, he with his troupe must understand that Nigerians need more than semi-silent. The ministry of health needs to be empowered, with personnel, finance, technicalities and ensured to task. They are the sets of battalions we have as it boils.

We shall prevail. By being Nigerians, holding hands in our hearts.

My hometown under siege, by Chimamanda Adichie

8 thoughts on “From A Global Castrophe To A National Anthem”