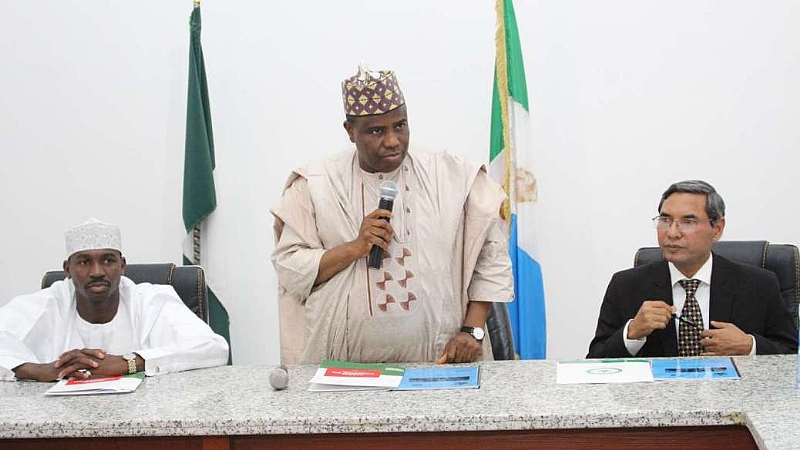 Worried by the apparent lack enough Sokoto indigenes at the Federal Government Girls College (FGGC) Tambuwal, the state government has sponsored 115 girls to begin academic pursuits in the institution.

The admission for the 115 girls was secured under the auspices of the newly-created Agency for Female Education.

Though located in Sokoto State, reports indicate that the number of Sokoto indigenes in the school is less than 30, a situation that warrants government to take drastic action to fill the gap.

Speaking to reporters in Sokoto, Special Adviser to Governor Aminu Waziri Tambuwal on Girl Child Education, Dr. Amamatu Yusuf, said government acted when it was brought to attention that there were few Sokoto indigenes in the school.

a�?The Agency for Female Education liaised with the Ministry for Local Government to source for students from the 23 local government areas of the state. We organized an entrance examination for them and the best among them were offered admission.

a�?To lessen the burden on parents, Governor Tambuwal gave approval that all necessary materials needed for fresh students in the College be provided for the new intakes. We therefore distributed mattresses, school bags, sandals, mosquito nets, blankets, schools wears among others free of charge to support them,a�? she added.

The Adviser noted that all the girls were admitted into JSS 1 and 2 and SSS 1 and 2.

a�?We will continue to monitor the progress of the girls. Even though this admission circle is over, next time, we will also ensure that anywhere there is deficit in the number of our girls in any College in the country, we will fill it up without hesitation,a�? she added.

Governor Tambuwal recently created the Agency for Female Education to promote and coordinate all issues related to female education from basic to tertiary levels in the state.

Revealing Ashley Graham images censored by Instagram: 'I can only pray that it has nothing to do with her size'

8 thoughts on “From less than 30 to 115: Sokoto boosts enrollment of girls in FGGC Tambuwal”