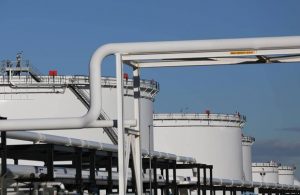 Depot and Petroleum Products Marketers Association has said the delay of the payment of outstanding subsidy debts owed to marketers by the Federal Government, will affect loading of petroleum products at depots.

Oil marketers were reported on Monday to have issued a seven-day ultimatum to the Federal Government for the payment of all outstanding subsidy debts, including foreign exchange differentials and interest rate component.

The Executive Secretary, DAPPMAN, Mr Olufemi Adewole, who confirmed the ultimatum, told our correspondent on Monday that the association’s members had been forced to disengage their employees as they were unable to continue to pay salaries.

“We are not on strike; it’s only that we don’t have money to pay our staff. So we had to let them go,” he said.

Adewole said the marketers had been patient enough with the government.

Asked if all the DAPPMAN members had disengaged their employees, he said, “Don’t worry until you see that depots are no longer functioning, and you go round probably sometime next week and see that they are no longer loading, and then they (government) will understand what is on ground.

The DAPPMAN spokesman noted that it was almost 18 months that the Federal Executive Council approved the payment of subsidy debts to marketers.

The Senate had in July this year approved the payment of subsidy claims totalling N348bn to oil marketing companies based on a request by President Muhammadu Buhari.

Text minus headline and pix from Punch